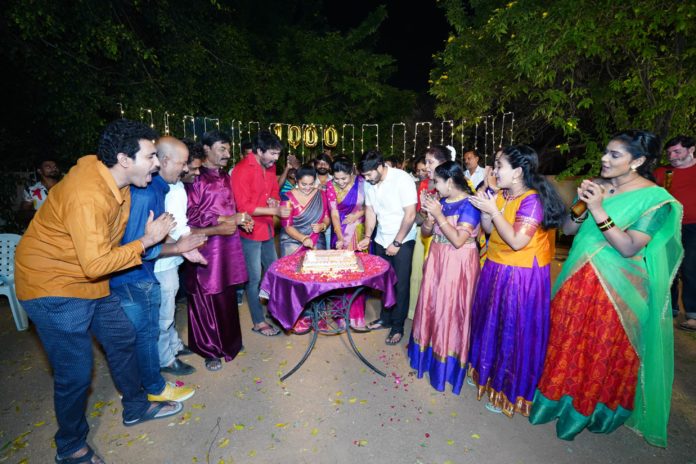 One of Telugu television’s favourite shows, ‘Gundamma Katha,’ has won the audiences’ hearts and received an overwhelming response to its intriguing plot and likeable characters. This top-rated Zee Telugu afternoon drama explores various facets of emotions and relationships, featuring Pooja Moorthy and Kalki Raja in lead roles. With Gundamma Katha touching the 1000 episode mark this 4th November, Geetha’s life takes a new turn towards a much-awaited beginning. Zee Telugu celebrates success as it is the first afternoon serial in the channel to reach this milestone. The show is being telecasted every Monday – Saturday at 1:30 PM on Zee Telugu.

Talking about the milestone, Pooja Moorthy, who essays the role of Geetha, said, “With Gundamma Katha, we wanted to reach out to all the young girls who silently suffer from obesity. The 1000th episode of Gundamma Katha is a testimony to the success of our storytelling. I am very excited to turn a new leaf in Geetha’s life and hope to continue to inspire many more women.”

Kalki Raja, who portrays the role of Ram, said, “Gundamma Katha is not just a show, but a brand that resonates with audiences for its unique storyline and characterization. Geetha’s role has empowered women across the Telugu states. Celebrating the 1000-episode milestone proves the audience’s love for Gundamma Katha and the journey ahead.”

Tune-in for the new chapter in Gundamma Katha every Monday – Saturday at 1:30 PM only on Zee Telugu and Zee Telugu HD