Home Entertainment Zee Telugu to pay tribute to all the frontline workers on the...
Facebook
WhatsApp
Twitter
Telegram 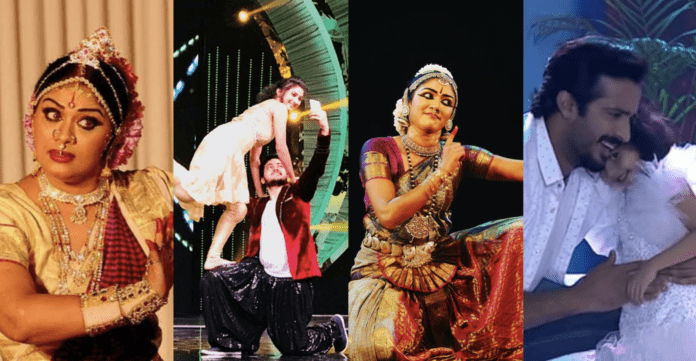 It has been rightly said that ‘Real heroes don’t wear capes. Real superheroes wear uniforms and badges and stethoscopes!’ In light of the present global circumstances, our frontline workers have truly risen to the occasion with utmost selflessness – they are no less than superheroes. While our audiences are doing their part by honoring them, Leading General Entertainment Channel Zee Telugu is all set to pay tribute to them, on the occasion of International Dance Day.

Zee Telugu along with its talented artistes such as Sudha Chandran from No.1 Kodalu, Prajwal PD from Suryakantham and Jaya Kavi from Thoorpu Padamara is set to pay homage to all the frontline workers out there. These artists have come together to perform on ‘Vijayibhava’ from the film Manikarnika – The Queen of Jhansi. The memorable performance will be out on Zee Telugu social media platforms to entertain their digital viewers on 29th April.

Speaking on celebrating International Dance Day with a paean, Sudha Chandran says, “Dance means everything me; it is like fresh air that rejuvenates my life. I plea to almighty that I leave this world with ghungroos on my feet. ‘Vijayibhava’ is dedicated to all frontline workers in the fight against the COVID-19 pandemic, committed to defeating the coronavirus. We, humans, are bestowed with the inner strength to fight against all odds and today we all have risen above the situation, through dance, emotions, humanity and government policies. Soon there will be better days and for now, stay home and be safe.”

To make the day more entertaining, Aqsa Khan, Roshan, Jai Chauhan and Maha Lakshmi enacted on ‘Vijayibhava’ from film Manikarnika – Queen of Jhansi. Real-life couple Siddharth Varma and Vishnu Priya perform on evergreen song ‘Nagina’ from film Sakhi. Jyothi Reddy, Raktha Sambandham fame to mesmerize everyone with her classical moves on ‘Koluvai unnade’ from film Swarnakamalam. The cherry on the cake would be the performances of anchor Laasya, anchor Shyamala, Dhanraj, Adhirindi fame Venu and anchor Ravi with their kids to the ‘Kontegani Pattuko’ song from film Mumbai.

The channel will be airing all these stunning performances for their ardent television fans on 29th April on the occasion of International Dance Day.

Come together to celebrate International Dance Day with Zee Telugu and Zee Telugu HD and applaud the real superheroes of today. As your entertainment partner, we urge you all to stay home and be safe because if ‘We stay in Corona stays out’!