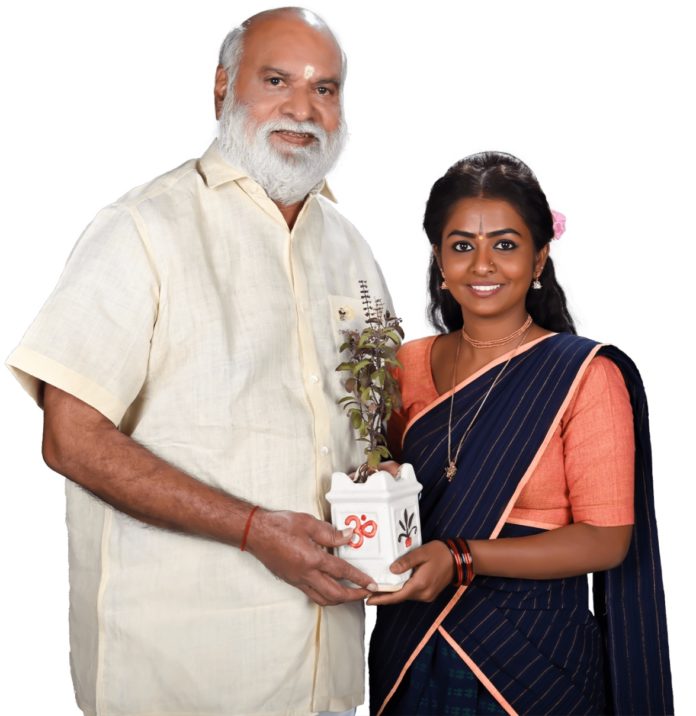 Millions of aspirations and dreams shape the people of Telugu states every day. With a ray of hope, millions are walking ahead on the path of success, empowerment and establishing their self-identity. Amidst that, millions hold back their dreams either by choice or by compulsion and let their loved one bask in the sunshine. For instance, the women who decide to cast aside their aspirations and dreams to take on the role of the family nurturer, who selflessly embrace the decision to step back to ensure that her family never looks back.

Zee Telugu presents to you – Krishna Tulasi, a heartwarming tale of self-liberation and love, this February, the channel is all set to introduce a story that will resonate with every selfless woman. Produced by RK Teleshow, Krishna Tulasi is being launched under the directorial guidance of legendary director Dr K. Raghavendra Rao on 22nd February at 6:30 PM, only on Zee Telugu and Zee Telugu HD.

Zee Telugu has been a pioneer for progressive storytelling on Telugu television for over a decade. It has always believed in creating and showcasing iconic characters and content which is both thought-provoking and path-breaking. The channel’s approach towards its trendsetting ideas has always been a game-changer. True to its ethos of ‘Aarambham Okka Aduguthone’, the channel has introduced empowering shows such as Muddha Mandaram, Trinayani, Gundamma Katha, Suryakantham, Radhamma Kuthuru, Prema Entha Madhuram and Nagabhairavi among other successful stories where every character has exuded confidence, ambition and inspirational to the viewers.

Krishna Tulasi captures the journey of Shyama a selfless and spiritual person, who is bestowed with the gift of musical voice, which she sacrifices for the sake of her family. People around Shyama despise her for her complexion while her friend uses her to gain popularity in the musical industry. Feeling imprisoned by her own looks and allure, Shyama seeks someone who will love her for her who truly she is and not only for appearance.

Speaking about the show, Anuradha Gudur, Cluster Head of Zee Telugu & Zee Cinemalu says, “Zee Telugu believes in introducing shows which strive to be a catalyst of change. We believe it is never too late to rediscover your self-worth. Krishna Tulasi is a journey of one such aspirational woman. It is a tribute to all those women who have sacrificed their dreams and aspirations, day in and day out for the sake of their family. It is a story that teaches, that even in the darkest times, hope and perseverance will help you achieve your dreams. I’m very grateful to Dr K Raghavendra Rao, who is now part of Zee Telugu Kutumbam for his directorial assistance. The tonality of the show is very real, rooted and it has a subtle messaging in its core thought which will make the show more relatable for the audience”

Legendary Director Dr K. Raghavendra Rao says, “I am glad to associate with Zee Telugu as it is known for presenting unconventional and thought-provoking stories. The concept of Krishna Tulasi is very close to my heart and I hope everyone will like the journey of Shyama.”

Capturing the core concept of the show, a promo has been released by the channel, where the iconic actresses of the Zee Telugu such as Pooja from Gundamma Katha, Meghana from Kalyana Vaibogam, Pallavi from Pasupu Kumkuma, Chandana from Varudhini Parinayam and Roopa from Chinna Kodalu have shared how their characters has strived to inculcate culture, uphold values and sacrifice themselves for the loved ones.
Along with Aishwarya and Dileep Shetty in the lead roles, the viewers will also see Pavitra Nath, Pratyusha, JL Srinivas and Radhika Reddy among others are playing prominent roles in the show.

Zee Music Company, a division under Zee Entertainment Enterprises Limited is all set to release a special devotional album on Lord Krishna. The musicians have the captured the essence of the love and devotion which Shyama has for Lord Krishna beautifully with their music and very soon the songs will be available on different music platforms.

As a part of the marketing campaign of Krishna Tulasi, the channel will be looking at a 360-degree campaign including door-to-door and on-ground activation. The plan consists of planting Krishna Tulasi plant. The plantation initiative has been started by the anchor Suma Kanakala followed by ancho Ravi and various other fiction artists. Krishna Tulasi plant is being distributed near the temples in the rural areas.

Besides, the channel is also distributing Krishna Tulasi Bindi packets for the female audience in small towns across Telangana and Andhra Pradesh. It’s a door-to-door campaign which is being appreciated by the audience.

Witness the stirring and heartwarming story of Shyama and Akhil Krishna on Krishna Tulasi from 22nd February at 6:30 PM only on Zee Telugu and Zee Telugu HD channels.