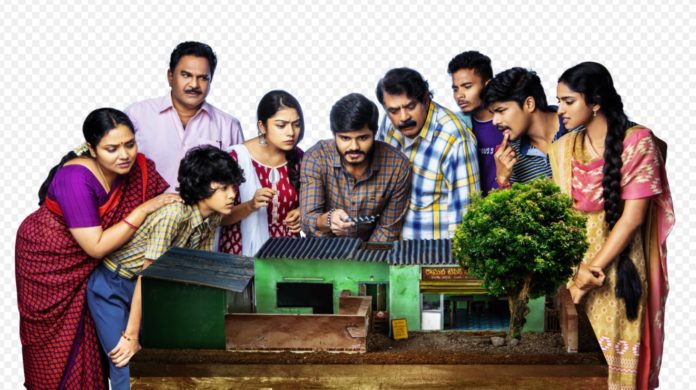 Valentine’s Day is all about celebrating love – be it for your partner, friends, family, or favorite films. This V Day, Zee Telugu celebrates the love with the World Television Premiere of Middle-Class Melodies. Known for being home to Tollywood blockbusters, Zee Telugu is all set to telecast the movie on 14th February at 12 PM only on Zee Telugu and Zee Telugu HD.

Raghava (Anand Devarakonda) decides to make his delicious Bombay chutney famous in Guntur the day he learns it from his mother (Surabhi Pravabhavathi) as a young child in Kolakaluru. His father, Kondala Rao (Goparaju Ramana), runs a tiffin center. With his parent’s support, he moves to the ‘big city’ to make all his dreams come true. Sandhya (Varsha Bollamma) has been in love with Raghava for years and struggles to get closer to him. But when being famous for his Bombay chutney is Raghava’s priority, how he manages to leave his mark forms the tale.

Directed by Vinod Anantoju and Produced by Venigalla Anand Prasad, while Sweekar Agasthi and RH Vikram’s soulful music and Sunny Kurapati’s cinematography pour soul into the film.
So, this Valentine’s Day, spend the day with your loved one and watch Middle-Class Melodies at 12 PM only on Zee Telugu and Zee Telugu HD!

About Zee Telugu:
Zee Telugu is the Telugu General Entertainment Channel of Zee Entertainment Enterprises Ltd (ZEEL). Launched on 18th May 2005, Zee Telugu was the first entrant from Zee bouquet to enter South India. Zee Telugu offers various shows that cater to the entertainment preferences of over 75 million Telugu audiences across India every week. From fiction shows to reality shows and talk shows, the channel has multi-genre offerings and is widely accepted as the ultimate entertainment destination. Zee Telugu creates exceptional content by offering fiction shows with unique story-lines, state-of-the-art non-fiction shows & events with extraordinary formats, and acquires satellite right to some of the largest Tollywood movies that appeal to viewers across age groups.