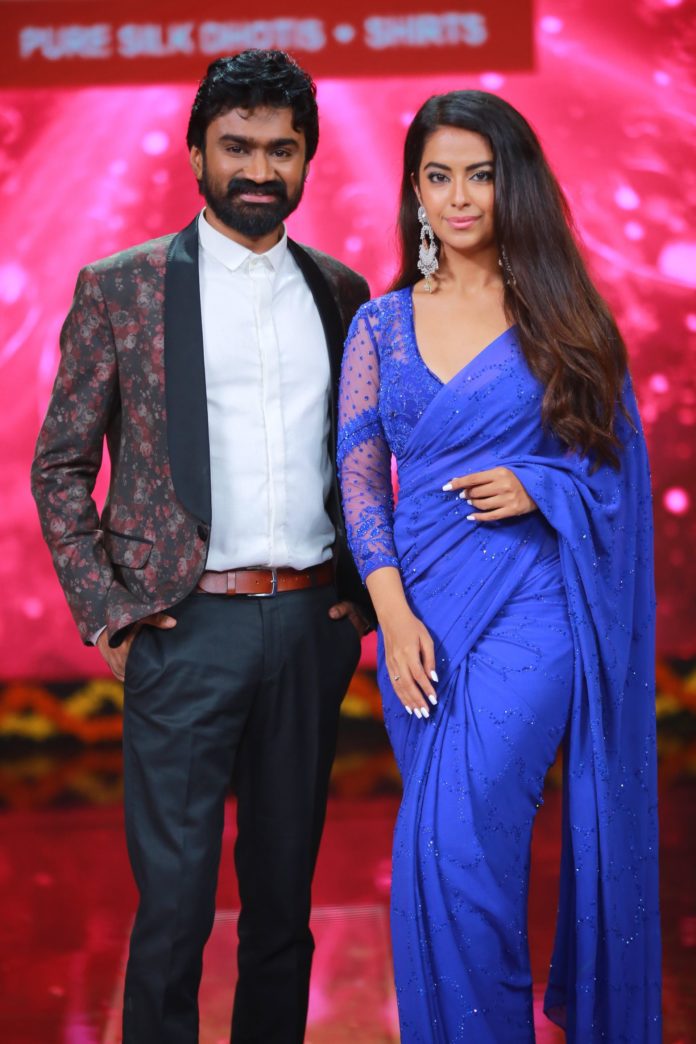 As people across the country prepare for Ganesh Chaturthi, Zee Telugu is all set to welcome Lord Ganesh through a special entertainment show, ‘Swamy Vari Sambaralu Thaggede Le’ on 12th September at 6:00 pm. Celebrating the spirit of festivity, ardent viewers of the channel will witness celebrity guests, myriad television artists welcome and worship beloved Vinayaka.

The special show will be hosted by the beautiful actress Sreemukhi along with actor Akul Balaji. The event will also be graced by the lyricist Chandra Bose and his beloved wife and choreographer Suchitra, who will share their love story and dance to some romantic tunes. Anand Devarakonda and his team from Pushpaka Vimanam grooved on the tunes of Theenmar. Besides, the young and vivacious Avika Gor will be singing Uyyalaina Jampalaina’s song to mesmerize the viewers as she makes an appearance with Rahul Ramakrishna to introduce her upcoming film on Zee5 called Net. Singer Revanth, Saketh, Samrat Reddy, Hariteja, Rahul, etc., will make their presence felt.

The celebration will also include real couples like Anusha – Pratap, Prajwal – Bhavika, among others. Additionally, Samrat Reddy, along with Saketh, Meghana, and Hariteja, will reveal their love stories to the ardent fans of the channel. The show’s highlight is when the men of the house will be cooking for their beloved, followed by a family dinner.

To ensure you do not miss out on your favorite Zee Telugu shows, choose the Zee Prime Pack that includes Zee Telugu and Zee Cinemalu alongside 7 other top channels of the Zee Network that cater to the daily entertainment needs of your entire family at Rs. 20 per month only. For further information, contact your DTH or cable operator.

Zee Telugu is the Telugu General Entertainment Channel of Zee Entertainment Enterprises Ltd (ZEEL). Launched on 18th May 2005, Zee Telugu was the first entrant from Zee bouquet to enter South India. Zee Telugu offers various shows that cater to the entertainment preferences of over 75 million Telugu audiences across India every week. From fiction shows to reality shows and talk shows, the channel has multi-genre offerings and is widely accepted as the ultimate entertainment destination. Zee Telugu creates exceptional content by offering fiction shows with unique storylines, state-of-the-art non-fiction shows & events with extraordinary formats, and acquires satellite rights to some of the largest Tollywood movies that appeal to viewers across age groups.