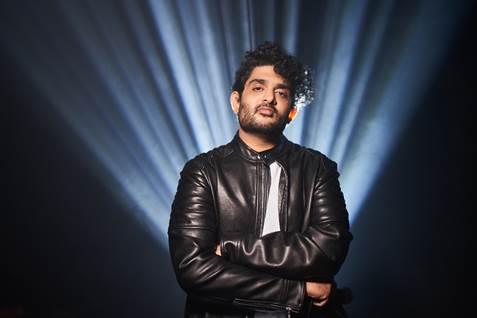 Having set a bench-mark with its novel fiction and non-fiction shows, leading Tamil General Entertainment Channel, Zee Tamil has announced its partnership with Noise and Grains for its upcoming music concert with Sid Sriram. Themed as ‘All love No Hate’, the concert aims to bring together the masses and unite them with the power of music.


Speaking on the concert, Singer Sid Sriram said, “’l always believe that music is the most powerful tool in spreading unity, love and positivity. It sees no barriers of any sort, it can move people on the deepest levels and bring them together in ways never imagined; together and not divided. I’d normally say rock out with us but instead I’m going to say this – My brothers and I promise to emanate nothing but true, pure positivity from the stage. Join us and let us send some undeniably palpable love up into the universe. Let’s show the world what harmony feels like”.

Some of the top hits that Sid Sriram would be performing include Anbe Peranbe, Samajavaragamana, Kannana kanne, Maruvarthai, Kurumbha and other top hits.

The concert will be held on Saturday, 8th February at YMCA Nandanam Grounds, Chennai and telecasted on Zee Tamil in the coming weeks.

About Zee Tamil
Zee Tamil is the Tamil General Entertainment Channel of Zee Entertainment Enterprises Ltd (ZEEL). Launched in October 2008, Zee Tamil offers a variety of shows that cater to the entertainment preferences of Tamil audiences across the world. From fiction shows to reality shows and talk shows, the channel with its multi-genre offerings is widely accepted as the one-stop family entertainment destination. Zee Tamil has created multiple blockbuster shows like Mr & Mrs. Khiladis, Junior Super Stars, Dance Jodi Dance, Sa Re Ga Ma Pa whose unique and never-seen-before formats have appealed to viewers across age groups. The holistic mix of content and programming options make Zee Tamil one of the fastest growing Tamil GECs in Tamil Nadu.