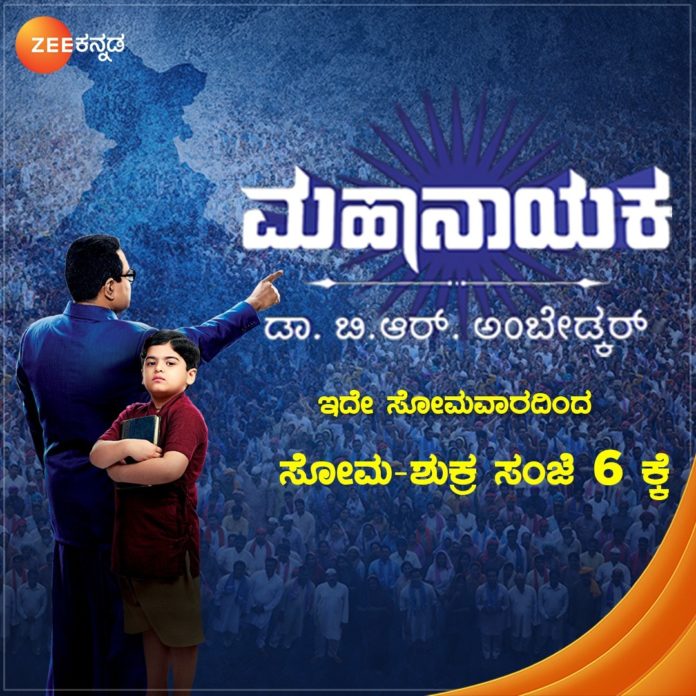 The dubbed socio-drama titled ‘Mahanayaka Dr. B. R. Ambedkar’ will now telecast from Monday – Friday starting from April 26th at 6:00 PM with the support of its viewers.

Zee Kannada presented a never-told-before life story in the Kannada GEC space of Dr. B. R. Ambedkar that received an overwhelming response from the Kannada audience. This launch helped create space for dubbed shows in the Karnataka entertainment market, making history in the hearts of Kannada-speaking audiences. The immense love and support from the audience included their desire to tune in to this documentary more frequently. Therefore, the channel will now telecast Mahanayaka Dr. B. R. Ambedkar from Monday – Friday starting from April 26th at 6:00 PM only on Zee Kannada and Zee Kannada HD.

The audience relatability factor with Mahanayaka was maximized as it served to be a documentary of critical traditional issues that unfortunately continue to exist in this day and age. Zee Kannada’s ardent fans from Karnataka took to celebrating their passion for the show in their own hands by designing customized t-shirts, placing large banners in primary locations, the younger generation embraced their devotion through on-screen telecast, and hosting get-togethers for the sole purpose of celebrating their love for the show by airing the same on large LED screens outdoors.

The show airing for a longer duration will include further engaging highpoints that are sure to have the audience at the edge of their seats.

Continue tuning in to watch the next steps of Mahanayaka every weekday starting 26th April at 6:00 PM only on Zee Kannada and Zee Kannada HD.