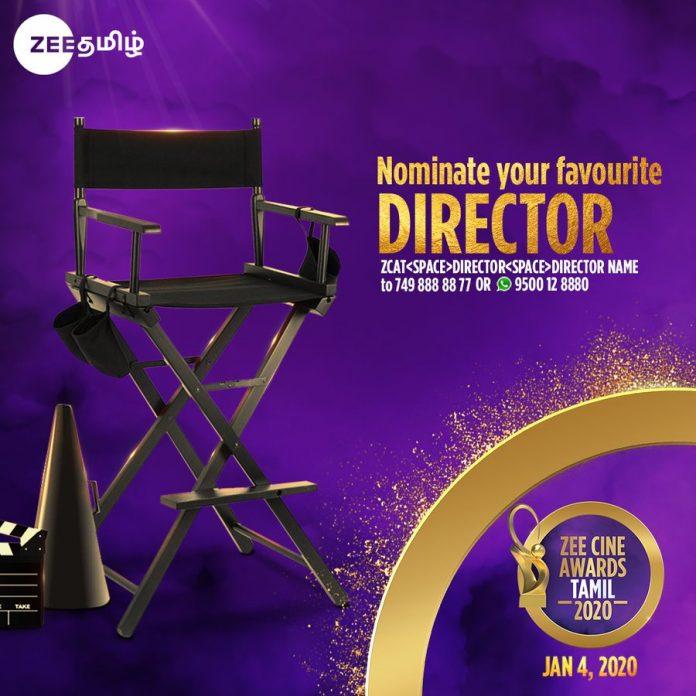 Zee Tamil is gearing up for its first ever Zee Cine Awards Tamil on Saturday January 4, 2020. After launching Zee Tamil Kutumba Viruthugal, Zee Tamil is gearing up to honour the talent that has revolutionised the Tamil Cinema industry with the Zee Cine Awards Tamil 2020. The channel announced the first-ever edition of the prestigious Zee Cine Awards Tamil at a press event in Chennai. The trophy was unveiled among the presence of the Guest of Honour, Actor Karthi and esteemed Jury members – veterans and passionate members of the industry- Suhasini Mani Ratnam, Gautham Vasudev Menon, Karupalaniappan, Bharath Bala and Baradhwaj Rangan.


In the last few years, Zee Tamil has become a major player in providing fresh and quality content in Tamil. And what better than an award property to boost their portfolio of rich Kollywood film acquisitions. Zee Cine Awards Online Voting will be open after the nominations list is announced.

According to reports, the following directors will be nominated for for the best director award.

Who Will Win the Zee Cine Awards 2020 Award for Best Director?

Who do you think will win the Zee Cine Awards 2020 for the Best and Favorite Director categories? Let us know in the comments below.