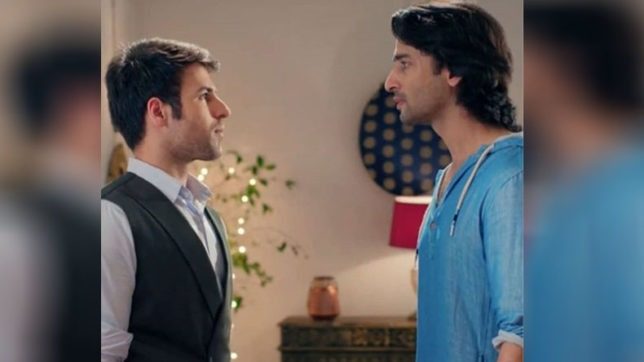 In the October 9 episode of Yeh Rishta Hai Pyaar Ke, it is seen that Abir tells everyone at home that his father has confirmed his relationship with Mishti. All the householders get angry after hearing this. Abir’s maternal grandfather goes into his anger with anger. At the same time, Minakshi also says that whatever she did was wrong. Everybody goes to their room. At the same time, Abir’s father tells Abir that the people of the house should have been happy in your happiness. At the same time, Varsha makes Mishti soup. Varsha talks about trust with Mishti. Mishti promises Varsha that your trust will never break.


At the same time, Abir goes to the room to meet Kunal and Nanu. Nanu gets very angry with Abir. Because Nanu himself wanted to make sure the relationship between Abir and Mishti, Abir says that I have made a mistake. You can do whatever you want to do. Abir says that Nanu has no problem with my happiness just because he is angry because I have not let him join my happiness. Nanu is angry with Abir’s relationship but he is still angry, while Kunal gets out of the room. As he goes, he tells Abir that there is no need to convince me. Kunal goes out where he meets Kuhu. Kuhu tells Kunal that don’t fight me today.

Kuhu tells Kunal in the same things why Kunal Abir is getting away from each other. Kuhu says that you get angry with everything about Abir bhai. So they are going away from you. After that Kunal agrees not to fight Kuhu. While Abir talks to Kunal, Abir speaks to Kunal that I love Mishti very much. I cannot choose either of you, while Kunal tells Abir that I will be happy in your happiness.