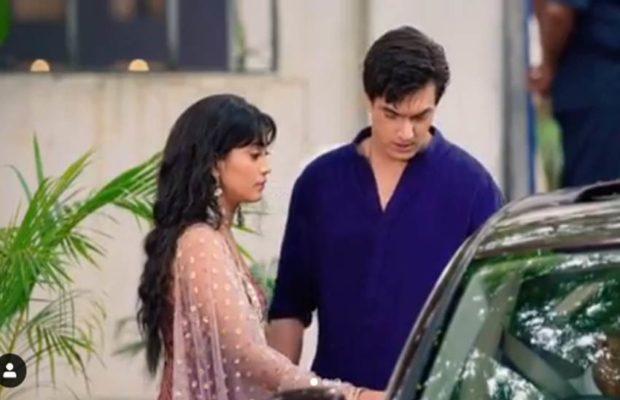 Karthik and Naira had a dramatic beginning to the week after a shocking standoff between them, thanks to Vedika. While Vedika stood up for her desires to live a normal life with Karthik, Kairav became the bone of contention for Karthik and Naira as she was set to leave the house.

In today’s ‘Yeh Rishta Kya Kehlata Hai’ episode, there is an exciting twist. In today’s episode, it will be shown that Naira comes to know the truth of Karthik that she too has missed him everyday.

At the same time, after Naira and Kairava go to Singhania House, Karthik starts missing Kairav. Karthik gets angry and emotional while remembering Kairav.

It will be further shown in the show that Naira sees some old things related to Karthik, only then she sees that Karthik has also counted the number of days. After this, Naira tells Karthik and the rest of the family about her maternal uncle. To which Karthik first refuses, however he later agrees. Karthik tells Naira that earlier she was told without telling, but this time she is leaving. This does not mean that she will leave Kairav again.

While on the show this week, Karthik brings Naira-Kairav back to the Goenka family. Vedika gets shocked and upset after seeing Naira. Vedika weeps and tells Karthik that she has considered every relationship as her own till now. She can accept Kairav, but not Naira.
In the upcoming episodes, Karthik says on hearing Naira’s name, where did Naira come from the middle? Vedika says that Naira broke into her happiness as soon as she entered the house on the pretext of Kairav’s health before and now too. Naira adds that as long as Naira stays, her marriage will not be accepted. Naira is shocked to hear this.
Loading...