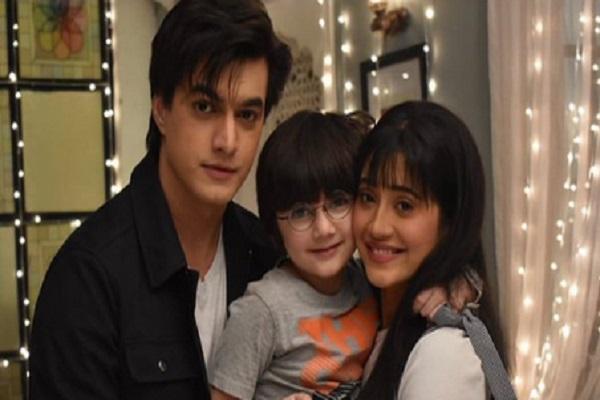 Navarathri special episode of Yeh Rishta Kya Kehlata Hai promises to be a blockbuster in terms of twists.

Karthik and Naira receive calls from their respective lawyers. Damini Mishra wishes to speak to Naira and understand her point of her. Naira’s lawyer warns her of Damini’s shrewdness and asks her not to budge to her sweet talk.

Meanwhile, Karthik thinks its better to have a discussion with his lawyer and understand what works well for Kairav.

Interestingly, Kairav plans to ride with his mother in the car unknowingly thinking that his mother is going to surprise him for Navaratri. Karthik and Naira arrive at Damini’s office. However, Kairav is spotted by Naira. Naira begins acting and informs Karthik secretively of Kairav’s presence.

Kairav later apologizes for his actions and Karthik and Naira take him home.

Vedika gets a feeling that Karthik might get to know about her discussion with Naira when she attempted suicide. Vedika asked Naira to leave Karthik’s life with a formal divorce and Naira promised to do the same.

Karthik and Naira speak to their respective families and invite them for a joint dandiya celebrations on the context of Navaratri. The two families agree and the Dussehra celebrations begin.

Karthik and Vedika arrive at the Dandiya night venue. Karthik is excited to see Kairav and Vedika observes Karthik’s love for Kairav.

Naira looks ravishing in her Dandiya outfit and Karthik cannot move his eyes off her. Naira feels awkward and enters into the venue reluctantly. Kairav suspects a fight between the two families as they hug each other on the pretext of Kairav.

Karthik prays to God and mentions that he doing everything for his son’s happiness.