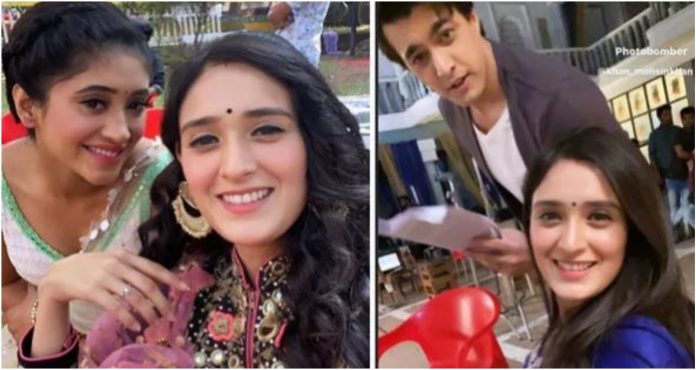 
In ‘Yeh Rishta Kya Kehlata Hai’, Pankhuri Awasthy was working to bring trouble between Kartik and Naira from Vedika’s role. At the same time, Naira will bring the truth of Vedika to the family. After this, after the revelation of Vedika in the serial, the character of Pankhuri Awasthi will end in the serial. At the same time, the climax scene of Vedika i.e. Pankhuri Awasthi will be broadcast in ‘Yeh Rishta Kya Kehlata Hai’ in the coming days.
https://www.instagram.com/p/B7Fv-BpBe2m/?utm_source=ig_embed
Recently, TV actress Pankhuri Awasthy shared the last day’s shooting pictures from the set of ‘Yeh Rishta Kya Kehlata Hai’ on her Instagram before leaving the serial.
https://www.instagram.com/p/B7Fv-BpBe2m/?utm_source=ig_embed
In these pictures, Pankhuri Aswathy is seen with the star cast of the serial. Mohsin Khan and Shivangi Joshi are seen in the pictures. It is clear that Pankhuri Awasthy will be sad if she leaves the serial. The last day of the suit was emotional for her but he left happily. Karthik, Naira and Vedika have a special bonding in the pictures. Even though the relationship between the three was not good in reel life, but in real life they are good friends among themselves.