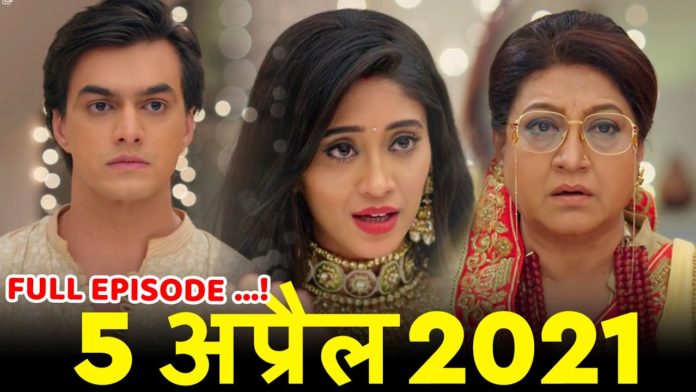 But Riya gets angry after hearing the news of Naira and Karthik’s marriage. Right there, Riya overhears Sirat’s conversation. She plans to tell Kartik about the previous truth of Sīrat so that the marriage of both ends. Riya is ready to use the previous story of Sirat in the wrong way and present it wrongly to Karthik. It will be interesting to know what happens next on the show.

Actually, Riya is very angry with Seerat because she feels that Serat has taken Karthik away. She will go to the outhouse to meet Seerat but will not be able to trace her. Later, she will have a short conversation with Mauri where she will question the upbringing and morality of Serat.

Apart from this, he will also tag Sirat as a gold-digger who is taking advantage of Karthik’s goodness. Maude will get angry, but she will still try to convince Riya, but Riya will anger. Will Riya be able to separate Karthik and Seerat? This will be known only in the coming episodes.

Let us tell you, Yeh Rishta Kya Kehlata, produced by Rajan Shahi, is a popular television soap opera telecasted on Star Plus and broadcast on Hotstar. Currently, it stars Shivangi Joshi and Mohsin Khan in the lead roles. The onscreen chemistry of the two is top-rated among fans. The show dominates the TRP list.