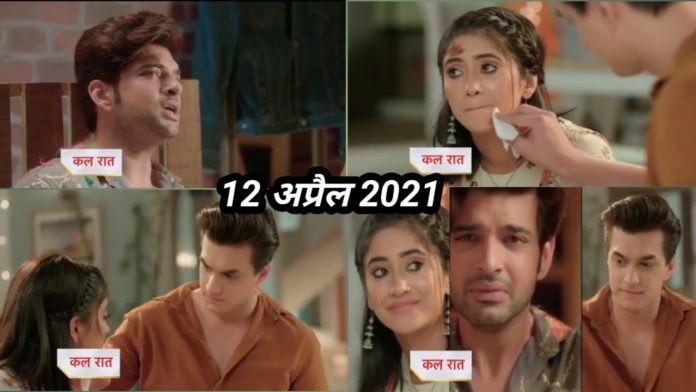 The makers of the serial ‘Yeh Rishta Kya Kehlata Hai’are going to give a big surprise to the audience soon. Only a few months ago, when the track of Naira’s death was run in this serial, it was strongly opposed by the audience. The viewers of the serial were constantly demanding through social media how to start the track of the return of Naira. Now there is no option left before the makers to put the audience’s words into practice. Yes, Mohsin Khan and Shivangi Joshi starrer serial ‘Yeh Rishta Kya Kehlata Hai’ is going to be a big twist in the upcoming episode. Also Read – Anusha Dandekar showed a glimpse of new boyfriend, Karan Kundrra responded in gestures and gestures?

According to the latest information revealed, the upcoming episode of ‘Yeh Rishta Kya Kehlata Hai’ will see the return of Naira. It is being shown in the latest track that Seerat is cheering for Kairav ​​for his happiness and he has also said yes to marry Karthik.

Tonight will be the entry of the ex-boyfriend of Karat, Ranveer (Karan Kundrra) in this serial. With Ranveer’s entry, the distance between Sirat and Karthik will increase. Karthik (Mohsin Khan) also will not stop Sirat because he does not want to snatch someone’s love because of him.

With this track, the track of Naira’s comeback will also start. It will be shown in the serial that Naira is not dead, but she had survived the accident and the body which Karthik had lit as it belonged to someone else. Naira was in a coma for months and would discover her family as soon as she regained consciousness. Overall, this is going to be an interesting twist in Yeh Rishta Kya Kehlata Hai.