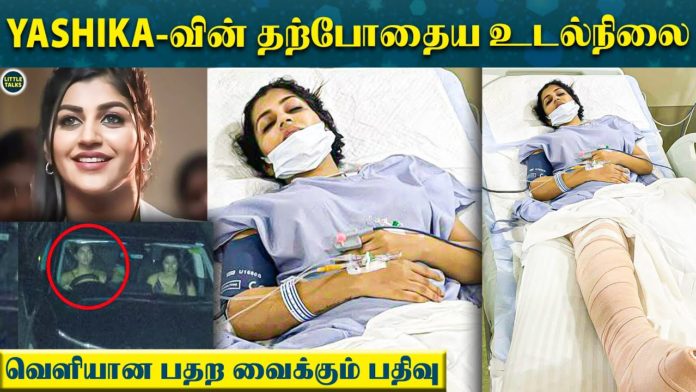 Popular actress Yashika Anand, along with her friend Valli Chetty Bhavani and some male friends, were involved in a car accident near Mamallapuram while returning to Chennai after attending a party at Pondicherry.

Yashika’s friend Valli Chetti Bhavani died on the spot. Yashika and two male friends traveling in the car with her were also admitted to the hospital in critical condition. Doctors have also said that the injured Yashika will have to be at home after a few surgeries and that it may take a year for her to return to her old condition, where she can walk and do her own things.

In this situation, a photo of Yashika Anand in the hospital with her leg restrained has been released. This photo has shocked her fans as she looked in a really bad condition post-surgery. 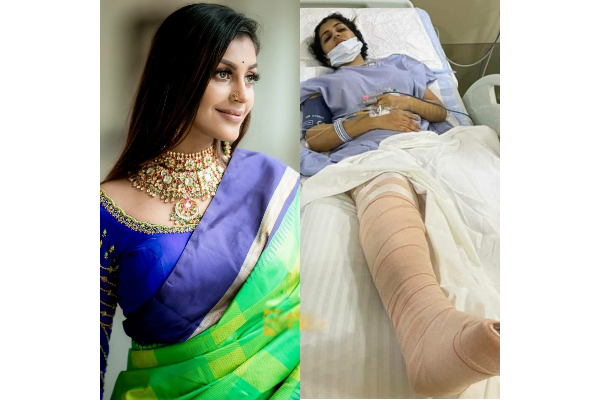