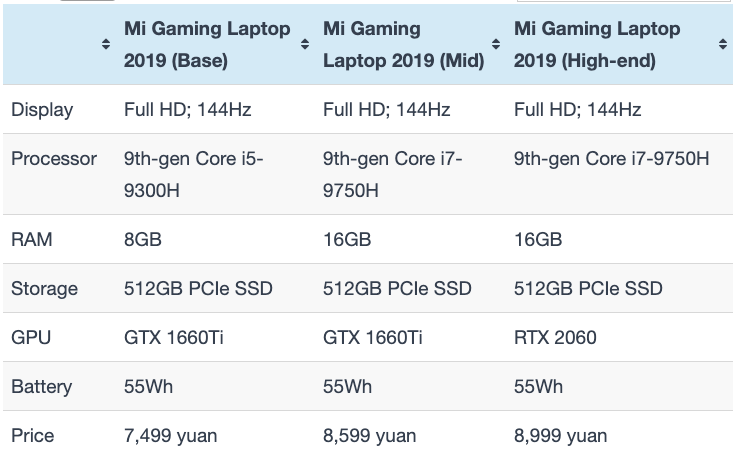 Xiaomi has finally launched their gaming laptop for the year 2019 after continuous outcry from their fans. The new laptop called as “MI Gaming Laptop 2019” looks almost similar to their older model but with a better internal specs and overall improved specifications. There are 3 variants launched by Xiaomi with the highest variant at 9th-gen Core i7 processor, 16GB RAM, 512GB SSD storage, 144Hz Full HD display, and RTX 2060 graphics. The highest variant costs around Rs. 90,000. Unfortunately all the variants are presently launched in China but may be launched later in India depending on demand and market expectations. Check out their specifications below.

Credits – Beebom
Do you expect them to be launched in India? Share your comments below.

Senua Saga Hellblade 2 revealed at The Game Awards 2019 with an Epic Trailer, When will it get released?

Brain Puzzle: 99 Games Answers and Solutions to all levels with explanations – Can you solve them?