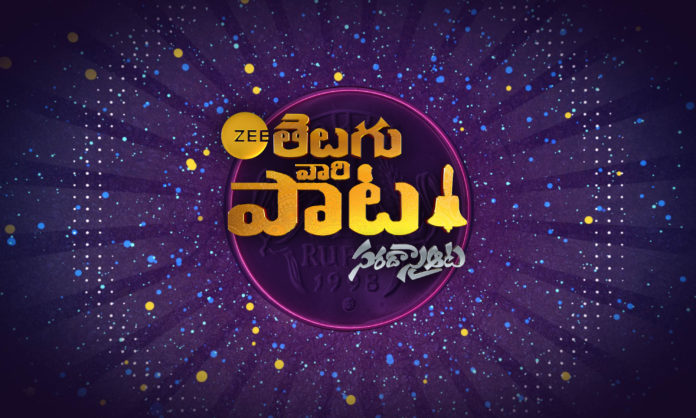 What happens when television celebrities enter the game of cricket? What you get is full of drama coupled with fun and, yes, the game, of course! To add exuberance and keep the audience enthralled, Zee Telugu has come up with ‘Zee Telugu Vaari Paata’ this Sunday, i.e., 4th April at 6 PM, where the stars of the channel will get down on the field to win the coveted trophy.

In India, cricket is a Passion! A celebration! Religion and your favorite families on television are all set to bring you the most entertaining cricket tournament of this season! In an exciting coup, Zee Telugu will have the most sought-after actors from all its shows come together on a cricket field, be split into two teams lead by Nirupam Paritala and Kalki Raj. Every year, the auction in the real league brings with it a lot of excitement and thrill. Franchisees splurge large sums of money to seal a deal, while some players fail to find a bidder. Following the same lines, both the captains of the teams, Nirupam and Kalki, bid for their members and the guests such as Siddharth, Vishnu Priya, Amardeep, Sindhura, Vasudha, Satya, Siri, Anusha Hegde, Prathap, Akarsh Byramudi, Navya, Sri Priya, Sunandha and Sidhhu.

The exuberant Sreemukhi will be the host of the entire jamboree. Joining these actors in their entertainment quotient would be Saddam, who, along with Sreemukhi, will entertain the audience with their amazing commentary skills. SRGMP – The Next Singing Icon winner, Yasaswi and runner-up Bharat would set the stage on fire with their musical act while Komali mesmerizes everyone with her singing talent crackling comedy skits from Saddam – Riyaz along with Pandu and some amazing dance performances by the favorite actors.

Do not miss the fun-packed extravaganza ‘Zee Telugu Vaari Paata’ that is all set to evoke a sky-high adrenaline rush; what with so many stars being seen playing your favorite sport on 4th April at 6 PM only on Zee Telugu and Zee Telugu HD.