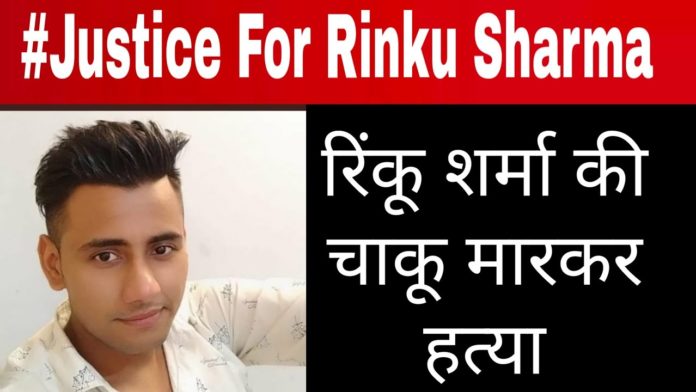 Bajrang Dal activist Rinku Sharma (26 years) was killed in the Mangolpuri area of ​​Delhi. Rinku was actively participating in the ongoing fundraising campaign to construct the grand Ram Mandir in Ayodhya. Now there is a prominent disclosure in this matter. One of the leading media has revealed that the people for whom Rinku Sharma gave his blood as a ray of hope, those people killed Rinku Sharma ruthlessly.

Police have arrested 4 people so far in this case. The arrested accused have been identified as Mohammad Islam, Danish Naseeruddin, Dilshan, and Dilshad Islam. Mohammed Islam’s wife involved in this murder was pregnant about 1.5 years ago. He was undergoing treatment at a hospital in Rohini, Delhi. His wife’s condition was critical, and she was in dire need of blood.

After this, Rinku gave blood to the wife of Islam not once but twice. The chain of help from Rinku Sharma to the accused does not end here. Rinku Sharma also helped the accused Mohammed Islam’s brother Shukru to be hospitalized when he was corona.

Rinku could hardly have imagined that the blood’s favor would be paid in this way. All media reports have stated that Rinku Sharma was a good-hearted person. He had no dispute with anyone.

Rinku Sharma, 26, was allegedly attacked by 25-30 people on Wednesday (10 February 2021) after entering the house. He was active in the fundraising campaign for the construction of the Ram Mandir in Ayodhya. According to reports, the police have arrested four accused in the case.

A weeping video of Rinku’s father has also surfaced on social media. In the video, he describes the vandalism of which his elder son was killed. Also, his younger son was attacked.

According to the report, an awareness rally was taken out last month regarding the Ram Mandir construction in the area. During that time, Rinku had a dispute. At that time, the case was over by the intervention of the local people. After this, Rinku had a dispute with the accused at a birthday party. He was then attacked on Wednesday night after entering his house. After the attackers left, people took Rinku to Sanjay Gandhi Hospital. He died on Thursday afternoon during treatment.