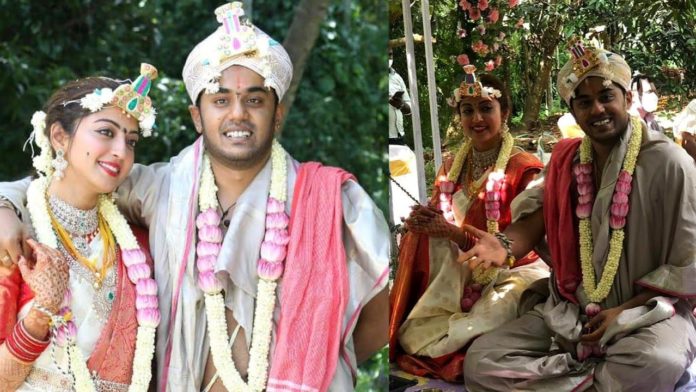 Kannada actress Pranitha Subhash has surprised fans with her wedding photos. The photo of her wedding is going viral on social media. Pranitha is married to businessman Nitin Raju. Who is this Nitin Raju? Here’s the answer to how their love started.

In 2010, she debuted in Kannada cinema through ‘Porki,’ a remake of the Telugu movie ‘Pokiri.’ In the first film, she got the chance to act with Darshan. She was later part of many Tamil and Telugu movies. Pranitha is involved in not only acting but also much social work.

Who is Nitin Raju, and how did he meet Pranitha Subhash

According to some English media reports, Nitin Raju was introduced to Pranitha through a mutual friend a few years back. Since then, a good friendship has developed between the two. Friendship blossoms love after that. Now the two have given new meaning to love. Pranitha’s wedding took place at a resort on Kanakapura Road. She has started her married life with Nitin Raju.

Nitin has completed his Hospital Management course. He has been a director of Blue Horizon Hotels Pvt Ltd since 2018. He is also the director of some companies. The venture started in 2011.