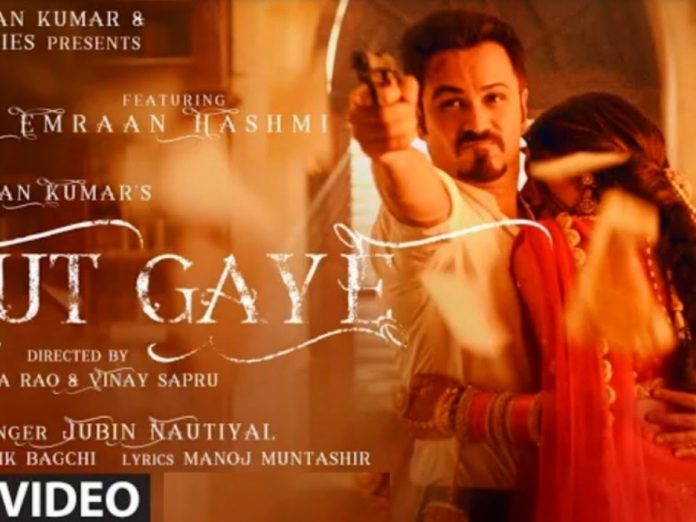 Bollywood is back in action with a string of releases and the movie ‘Lut Gaye’ is in the news recently. Emraan Hashmi plays the lead role in the upcoming film ”Lut Gaye”. Yukti Thareja plays the female lead and the movie revolves around the life of inspector Vijay Dandekar.

‘Lut Gaye’ movie song released earlier this week much to the delight of Emraan Hashmi’s fans. The song was released by T Series and is sung by Jubin Nautiyal. The song is a captivating romantic melody which throws light on the amazing screenplay in the movie.

‘Lut Gaye’ song was trending on Youtube ever since its release. The song geared close to 10 million views within 11 hours. ‘Lut Gaye’ music is composed by Tanishk Bagchi. The directors of Radika Rao and Vinay Sapru. ‘Lut Gaye’ will be produced by Bhushan Kumar and the lyrics of the song was penned by Manoj Muntashir.

When the song released, an interesting trend took place on Twitter. However, it did not involve Emraan Hashmi or Yukti. Inspector Vijay Dandekar fell in love with a woman but he married another lady. However, the song portrays the same moments in a classic format. The story of ‘Lut Gaye’ will involve the real life story of Vijay Dandekar and the song starts with an introduction about an incident in a hotel room in 1991.

The undercover cop Vijay Dandekar deals with the encounter of three men and the background of the story revolves around the hotel incident.