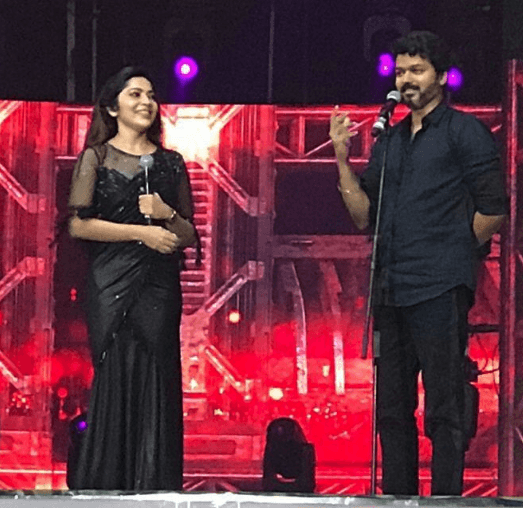 Bigil Audio launch happened today at Sai Ram Engineering college in Chennai and the most expected moment was Actor Vijay’s speech. #bigilaudiolaunch is trending worldwide with more than 1.5 million tweets. As always Actor Vijay didn’t disappoint his fans with his speech, it was filled with so many topics and he even touched many controversial topics. Also #ThalapathySpeech is trending on social media.


Here is what Vijay spoke in Bigil Audio Launch

Vijay started his speech by singing Verithanam song, He then praised his fans energy level mentions fans as ‘Vera Level neenga.. Vera level’. Vijay then praises Nayanthara by saying happy that Nayanthara , who has won in life acts in a film which talks about women empowerment. Vijay then pull YogiBabu’s leg by saying YogiBabu recently missed his new house warming ceremony due to working in many films. They are looking for girl for his marriage, he then says anyone can build a house Yogibabu but you have to tie knot to your wife and the stadium erupts.


Vijay then continues to read all the football player names in the stage, didn’t miss any and it shows how much respect he has on his co-artists. He gives another punch Life is like a football game. Don’t try to be like others. Be Unique. We should note that this will be Vijay’s 25th year as a singer. He quoted an example and mentiones “Respect Your Enemies”. He then speaks about Subashri incident, He mentions that people who have to be arrested are let free and they are unnecessarily arresting people who printed the banner. Vijay is one of the very few actors who speaks Boldly about all issues. Vijay then advices his fans to use social media to trend issues, He then says get into game of politics but dont bring politics into games.


Vijay then saysDo any damage to me, my banners, but don’t do anything to my Fans. This is the reason why Vijay fans love him to huge extent and treat him as their own family member. He then mentions about friends film.. #Pray4Neasamani – “I couldn’t control my laughter at the shooting spot. But Suriya controlled his laughter during the shooting. He then goes on to say Friends is one of my favourite film. He then says dont take anyone’s identity, create one for you.