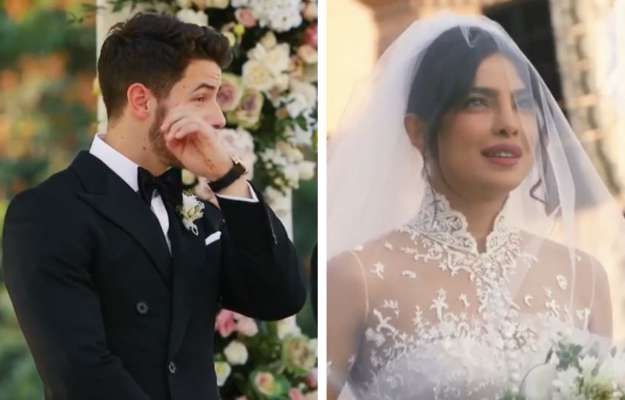 Shonali Bose who is the director of ‘The Sky is Pink’ narrated an incident where Nick Jonas cried while watching his ladylove and wife Priyanka perform an intense for the movie. Nick Jonas and Priyanka Chopra are the hottest couple in B-Town and Hollywood, they don’t need any introduction and their love is not just a show off for social media. Within months of dating each other, the lovebirds exchanged engagement rings and there was no looking back for the two thereafter. Priyanka Chopra Jonas is currently attending the 2019 Toronto Film Festival for the premiere of her much-awaited Bollywood comeback film- The Sky Is Pink. Priyanka is there with the director of her film Shonali Bose, who revealed a rather unknown thing that happened on the sets of their film.


https://www.instagram.com/p/B2HiFEzhArX/
In an interview with PeopleTv, Shonali Bose narrated an incident where Nick Jonas cried while watching his ladylove Priyanka perform an intense for The Sky Is Pink. In the video which is doing rounds of the internet, Priyanka can be heard saying, “She (Shonali) comes to me and says ‘you made your husband cry, this is a great scene’. It was really really cute.”