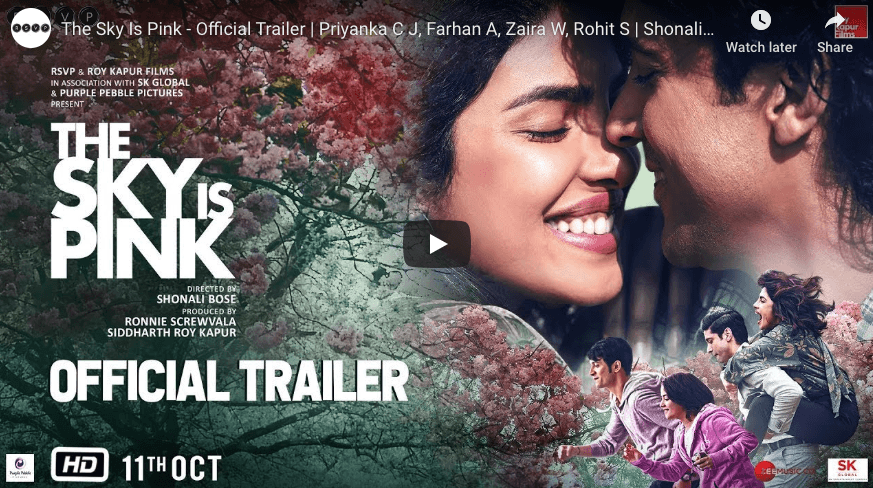 The trailer of Bollywood actor Farhan Akhtar and Priyanka Chopra’s film The Sky Is Pink has been released. In the trailer of The Sky Is Pink, besides Priyanka, Farhan, Zaira Wasim and Rohit Saraf are all seen in star roles. The Sky Is Pink is Priyanka Chopra’s comeback movie. Priyanka is seen in Bollywood for almost 2 years. The poster of the film Sky is Pink was released a day before trailer release. In this poster, Priyanka is seen sitting on Farhan’s shoulder. According to reports, the story of the film The Sky is Pink is based on a true incident. The film Sky is Pink is going to be released on October 11, 2019.