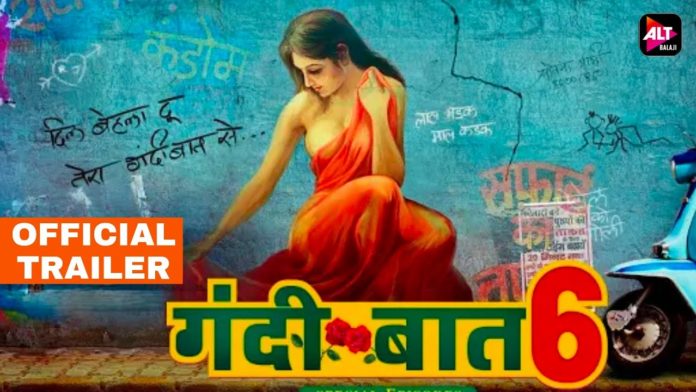 Ekta Kapoor is once again bringing the web series ‘Gandi Baat 6’ on ALT Balaji. In this season, viewers will get to see a tremendous temper of boldness along with full-on drama. Gandii Baat 6 trailer has been released, which has crossed more than 2 million views on Youtube. Gandii Baat 6 will be streamed on the OTT platform Alt Balaji from Thursday 21st January 2021.

ALT Balaji has shared a video related to Gandii 6 on Instagram, in which the actresses of this web series are seen dancing. It is written in the caption, ‘A new season of Gandii Baat has come. Get ready to see new stories full of suspense.

Simultaneously, the trailer of ‘Gandi Baat 6’ has also been released on YouTube, on which 2,261,256 views have been received so far. This web series of Ekta Kapoor is seen a lot in rural areas of the country. Like every time, fans were eagerly waiting for this season. Now after watching the trailer, it seems that viewers will like this season too.


Mahima Gupta will be seen in the lead role in ‘Gandi Baat 6’. Mahima is also a fashion influencer by profession. On social media, she keeps giving fashion related tips to the fans. She is also very fond of dancing. Apart from this, Alisha Khan, Kewal Disani, Nidhi Mahwan, Shivam Mehta, and Mohit Sharma are also in the series.