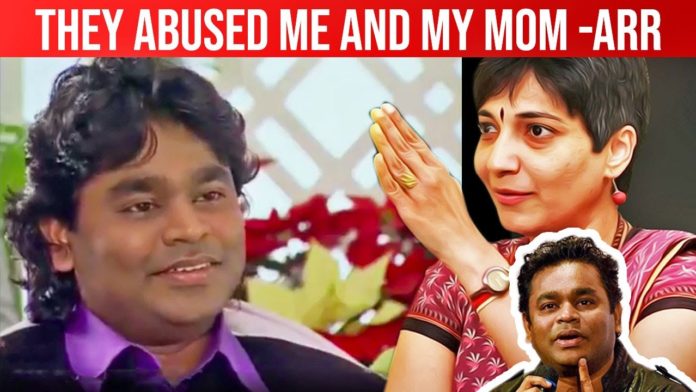 Musical A.R. Rahman was insulted by the PSBB school administration, and a video went viral on the internet. One of the best music composers in the world, A.R. Rahman, comes from them. After his father’s death, he converted to Islam and changed his real name from Dilip Kumar to Rahman.

In 1992, Mani Ratnam made his debut as a music composer in the Tamil film Roja. He won a national award for his first film. After this, he became very popular by composing music in languages ​​including Telugu, Hindi, and Malayalam. The first music to be composed in Hindi was director Ram Gopal Varma’s Rangeela. He has composed over 125 films in Tamil, Telugu, Hindi, Malayalam, English, and Chinese.

Meanwhile, a video of Rahman’s interview has gone viral on social media. In an interview, Rahman spoke eloquently about the humiliation he had endured, saying, “After my father’s death, my mother and I went to school. Then the school administration spoke poorly to me. Rahman spoke with a smile on his face and sadness in his eyes that they had spoken insultingly.

Actress Suhasini interviews Rahman on a private TV show. He then asks questions about the PSBB school experience. Rahman replied, “I was halfway out of school. I had both good and bad experiences at school. The speaker continued to say that he had experienced caste-based suffering because he was a non-vegetarian. Still, in that interview, AR Rahman did not comment positively on the school he attended,” he said. There have been constant allegations that Brahmins are preferred to study and that other castes cannot easily go and study there.