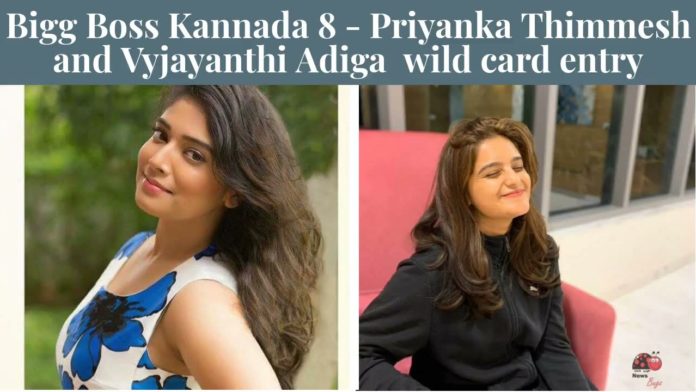 Actress Priyanka Thimmesh and Vaijayanti Vasudeva Adiga have stepped into the Bigg Boss house. Her arrival shocked those in the house but acted as if nothing had happened. Shubha Poonja, Divya Suresh, and Nidhi Subbayya discuss the possibility that one of the girls will be eliminated this week.

But according to voting results so far, Prashanth and Shamanth are in danger of elimination. Prashanth won the captaincy for next week, and it will be interesting to see if he gets eliminated even after becoming the captain of the house.