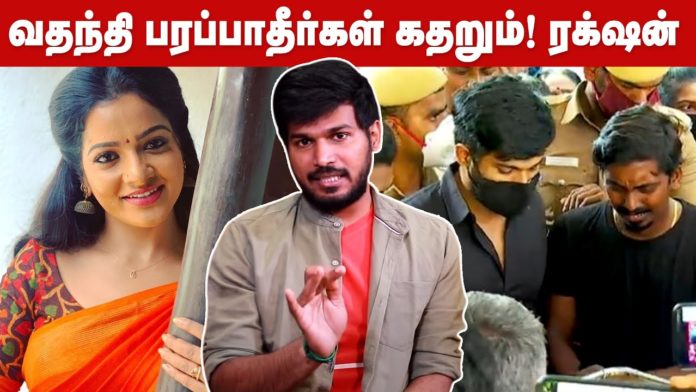 The recent suicide of small screen actress Chitra has come as a shock to the film fraternity. It is noteworthy that Chitra’s husband Hemant has been arrested in this suicide case, and an investigation is underway with the actors and actresses who acted with Chitra.

In an interview, Chitra’s friend said that VJ Rakshan, who works with Vijay on TV, had gone on a date with Chitra and threatened Chitra with a video taken while she was alone. The interview has caused a great deal of controversy, and there has been no explanation from VJ Rakshan for the past few days. At this point, VJ Rakshan has shared his views on this incident.

The news that Chitra and I went on a date and were videotaped and intimidated was a complete lie. I myself am making a living as a small anchor in Vijay TV on a low salary. Chitra is a good friend of mine, but I am not responsible for her death in any way. I even attended Chitra’s funeral, ”he said.