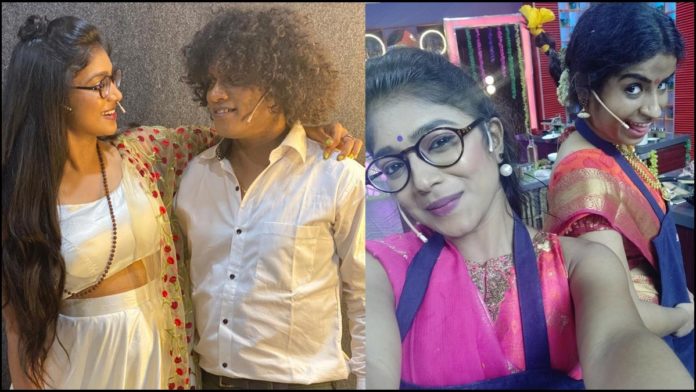 It is known that the grand finale of ‘Cook with Comali’ aired on Vijay TV was a great success and the finale on this show which lasted for about 5 hours, had a special dance performance featuring special guests like Simbu and Santhosh Narayan. In this case, the show was attended by everyone, including all the cooks and comalis, but one of the comalis, VJ Parvathy, was not the only one present.

Although VJ Parvathy has not appeared in the show for the last few episodes, it was disappointing for the fans that she did not attend as she was expected to make it to the finals definitely. 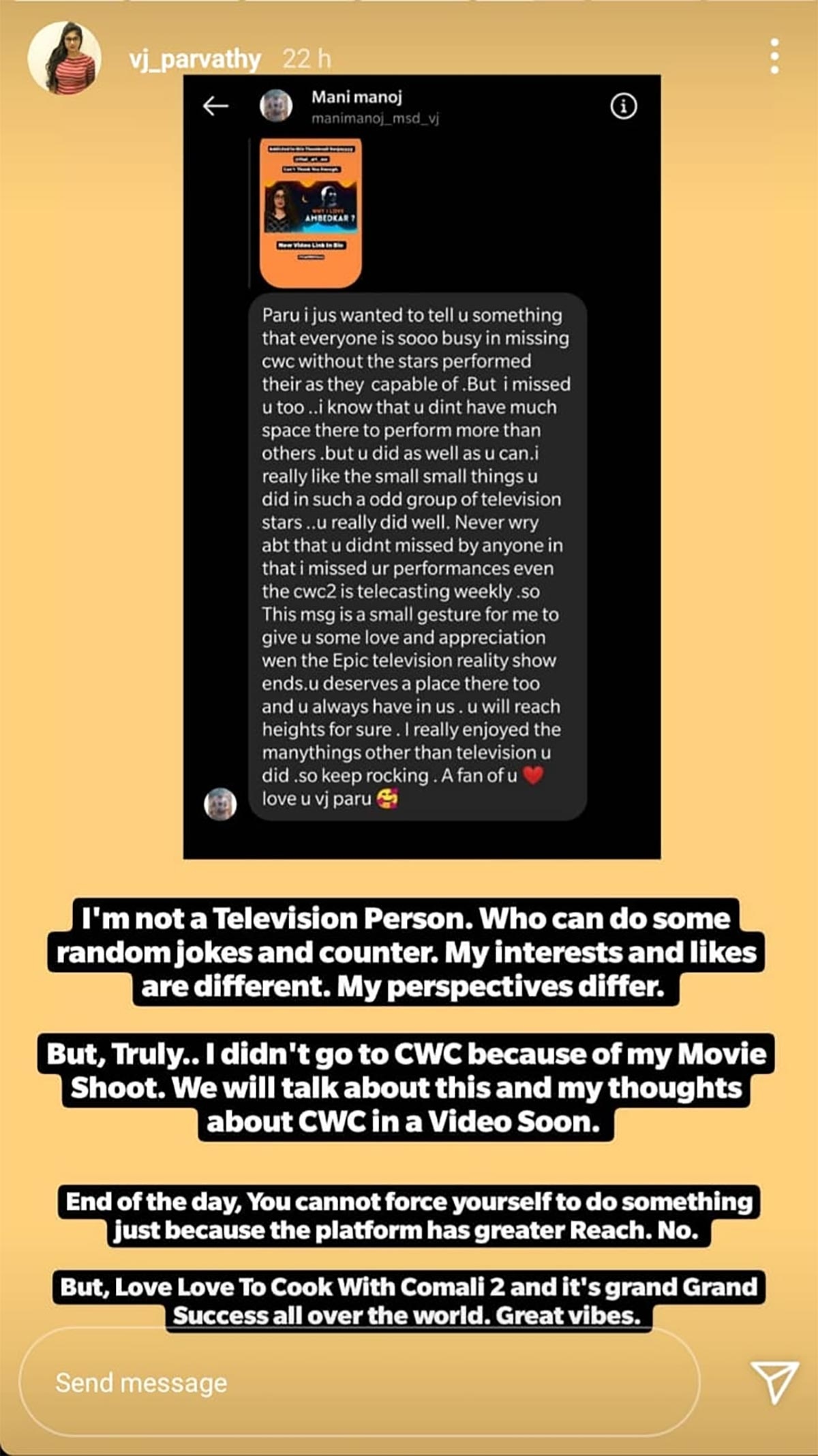 VJ Parvathi has explained the reason to her fans: ‘I am not a television personality. I often can’t give the counter joke everything. My preferences are all different. But the reason I didn’t actually attend the Cook with Comali show because I was on a different shoot.

And above all, I intend not to be forced to do something just because this show is hugely welcomed. However, he said that she was happy that the grand finale of the Cook with Comali show had taken place on a large scale and that her congratulations to everyone, and that the show had received a huge response worldwide.’