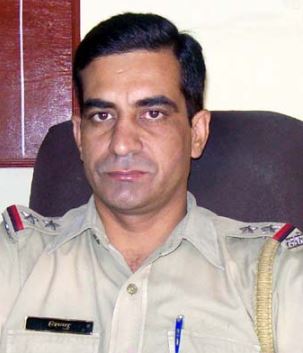 Vishnu Dutt Bishnoi was a senior police inspector working with Rajasthan Police. He was currently posted as SHO Rajgarh Police Station. He has committed suicide in the quarter of the police station. The entire saga has turned out to be quite mysterious with involvement of powerful politicians and bureaucrats.

In a career spanning around two decades, he has never been accused of any wrong doings. Vishnu was a police officer who was tough, but had always maintained humanity. He was someone who can be relied on when it comes to controlling law and order without compromising with human rights.

The loss of such a police officer is something that Rajasthan Police will find tough to forget. In this context, it is of vital importance that the department should find out the reason that led to him taking such an extreme step. An indication is there in his suicide letter where he is talking about pressure. Another clue is in the WhatsApp chat that he had with a journalist just day before his suicide.