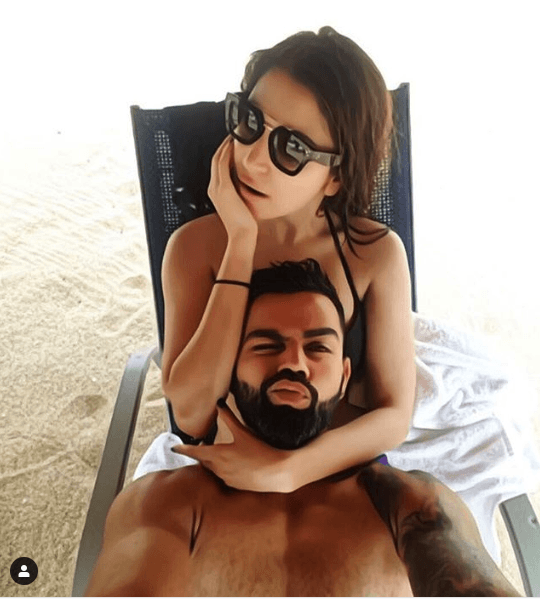 Indian cricket team captain Virat Kohli (Virat kohli) is spending holidays in Bhutan these days with his wife Bollywood actress Anushka Sharma. Photos of both of them on social media are telling that they are spending quality time in Bhutan. It is believed that Virat Kohli will celebrate his birthday here. Captain Kohli has been rested from the T20 series being played against Bangladesh. Virat has a birthday on Tuesday 5 November and he is going to celebrate it with wife Anushka in the beautiful hills of Bhutan.

Bhutan’s pictures of both are going viral on the social media fanpage. In the pictures, both Virat and Anushka Sharma are seen in a sporty look. In this, Anushka is seen in pink sweatshirt, black track pants and gray cap, while Virat is seen with black tracksuit and sporty cap.