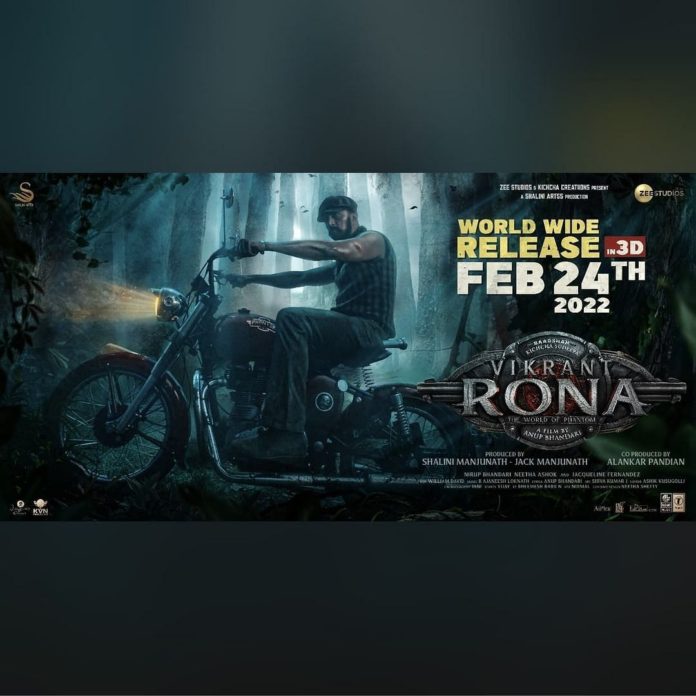 Vikrant Rona, starring Kiccha Sudeep and Jacqueline Fernandez, is in 3D, and the crew has officially announced that the film will be released on February 24, 2022. The motion poster is currently going viral as the crew has released a motion poster with a further release date.

Producer Jack Manjunath said: “It is a great pleasure to announce the release date of the 3-D version of Vikrant Rona. Our fans have been very patient, kind and loving to us from the beginning. Their enthusiasm and anticipation were so evident that they fulfilled half of the success for a producer. I would be very grateful for the overwhelming support from them. With this film, we want to entertain the fans by introducing the mystery-thriller genre on a massive scale on an innovative site.

Director Anoop Bandari said, “The movie “Vikrant Rona” was made just for the theatrical experience. Its magnificent creation and 3-D version technology are vital features to enjoy on the silver screen. We are fortunate to have an audience that loves and accepts the new hero of the world that we will introduce. The film manages to entertain as well as inform.
I look forward to seeing all of you in theatres on February 24, 2022. See you in theatres soon.”

“Vikrant Rona” is released in 14 languages ​​and 55 countries. Directed by Anoop Bhandari and set to music by Ajanish Loknath and cinematography by William David, the film has generated a lot of anticipation.