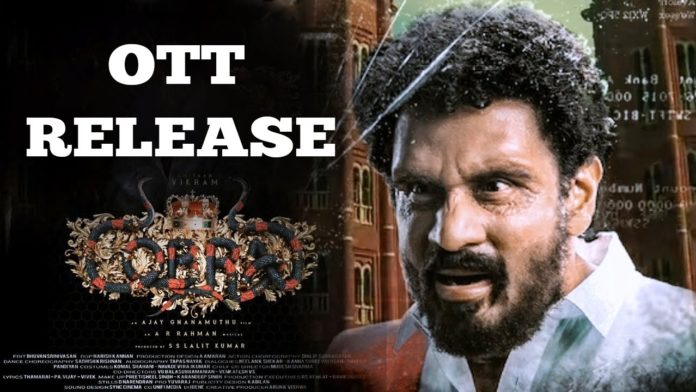 The film ‘Cobra’ starring Chiyaan Vikram and directed by Ajay Gnanamuthu is one of this year’s most expected movies. It is noteworthy that most shooting of the film has been done in Russia. In this situation, this film is expected to be released during summer. Suddenly, with the second wave of COVID 19 and the new restrictions of 50% occupancy in theatres, there may be a delay in the release of Cobra.

Hence there are reports that ‘Cobra’ might go for a direct OTT release, and even some of the ‘OTT’ tracking sites have tweeted about this news.

In this situation, ‘Cobra’s production company Seven Screen Company has completely denied this information on their social media page. The company mentioned that the information is fake. It is confirmed that the movie ‘Cobra’ will have a theatrical release.