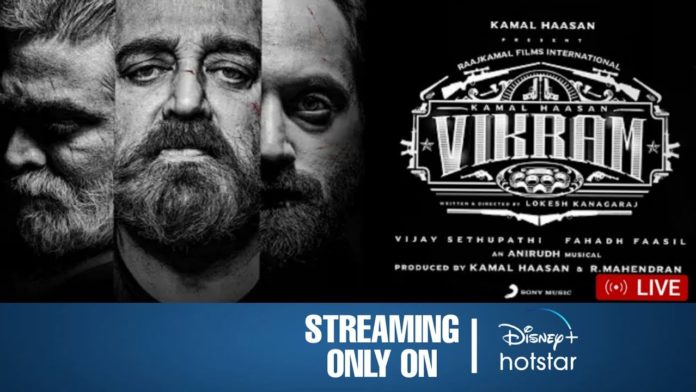 We have seen the recent release of ‘Vikram,’ directed by Lokesh Kanagaraj and starring Ulaga Nayagan Kamal Haasan, which was a huge success. Kamal Haasan, Fahad Faasil, and Vijay Sethupathi starred in the film, and Lokesh Kanagaraj’s screenplay and Anirudh’s music were the mainstays of the film.

As the film is yet to be released on OTT in a few weeks, new information about it has come out. The film is said to feature some of Kamal Haasan’s young scenes and is being prepared with computer graphics.

But it was said that the scenes would take another six months to prepare, and the scenes were removed, and ‘Vikram’ was released in theaters. In this situation, the information from the film crew that Kamal Haasan’s youth scenes will be featured in the OTT release, and then the film will be different has caused surprise.