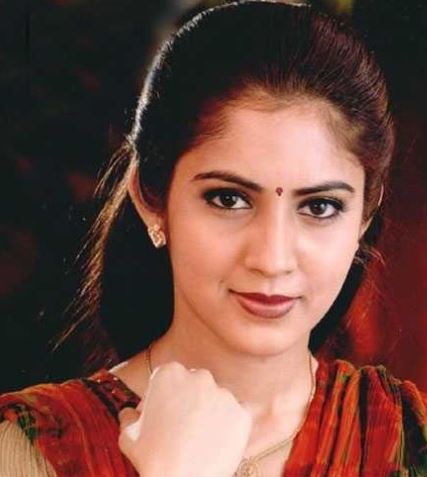 Vijayalakshmi is an Indian actress who has predominantly appeared in Kannada films, also Tamil and Malayalam films.

The actress tried committing suicide after posting a video alleging actor and politician Seeman. Reports suggest that Vijayalakshmi was under huge stress for the last four months and reportedly, made this decision after she was humiliated in the media. Currently, Vijayalakshmi has been admitted to the hospital.

Vijayalakshmi acted in nearly 40 films in her career. She has acted in nearly 25 Kannada films. She first film of Vijayalakshmi was Nagamandala, based on a folk tale, opposite Prakash Raj.
She acted in the Tamil films Friends along with Vijay and Surya, of which the former was a big hit. She returned to the Tamil film industry again with the comedy film Boss Engira Bhaskaran, which became one of 2010’s biggest successes.
In Telugu, she was recognized in the film Hanuman Junction. She has also acted in one Malayalam film with Mohanlal ‘Devadoothan’