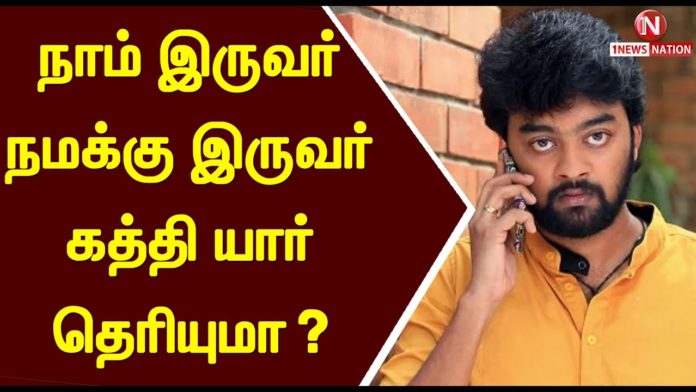 It has been reported that Vijay TV’s famous serial actor will be appearing in the Bigg Boss show.

The popular Bigg Boss show in Hindi debuted in Tamil in 2017. So far, four seasons are over. Actor Kamal Haasan hosted all these. The 5th season of the first Bigg Boss show is currently set to begin on October 3rd.

Each of its promos has generated great anticipation from the fans. The expectation of who will participate in this year’s Big Boss is increasing day by day. This year’s Bigg Boss show will feature Mila (daughter of actress Shakeela), Namitha Marimuthu, model Vanessa Cruz, Mr. India Gopinath, Pavani Reddy, Priyanka Deshpande, and Priya Raman.

According to reports, Raju Jeyamohan, who is playing the role of Kathi in Vijay TV’s ‘Naam Iruvar Namakku Iruvar’ serial, will be appearing in the Bigg Boss show. Raju, who plays the lead role in the first and second part of the ‘Naam Iruvar Namakku Iruvar” series, has a fan base. He has also acted in the film ‘Natpunna Ennannu Theriyum” starring former Bigg Boss contestant Kavin.