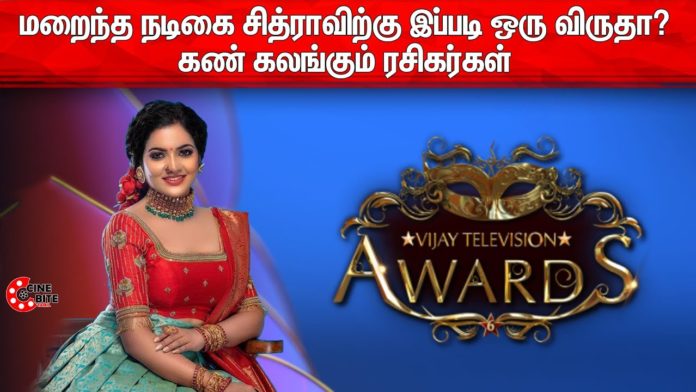 Small screen actresses always have a great reception among people for their roles in television serials. Serial actress VJ Chitra is seen as their family member among the audience’s homes. Pandian Stores is the serial that captivated the minds of the people. Fans expected him to continue to mix and match films beyond serials.


But due to some family problems, VJ Chitra committed suicide in December 2020, and it was a shock to many, including the cast of Pandian stores. VJ Chitra’s fans were shocked and depressed due to this, and they even requested the Pandian Stores team to write off her character Mullai as they didn’t want to see a replacement for her character.


Recently, the Vijay Television Awards ceremony was held. The late actress VJ Chitra has been honored with the award ‘Makkal Nayagi’ in this function. Her fans rejoiced that she was given such an award but at the same time was worried as she was not alive to receive this award.