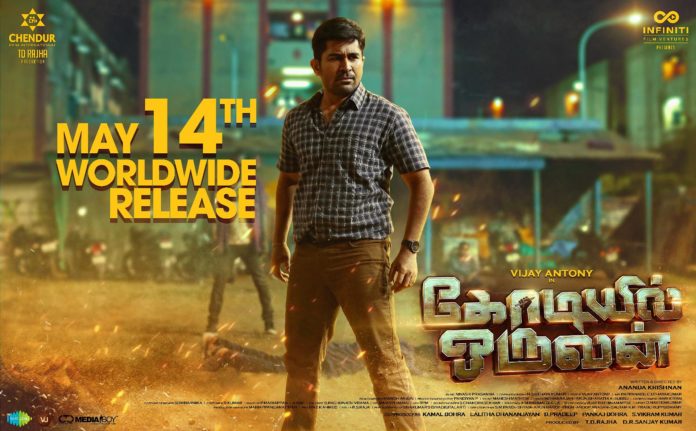 Actor and composer Vijay Antony starrer ‘Kodiyil Oruvan.’ The film trailer was released recently as the shooting and post-production work of the film was in full swing. It is worth mentioning that this film trailer was very well received, and it was followed by great anticipation for the film.

The film’s release date has been officially announced as 14th May 2021, shortly before the film crew has already announced the release date of the film today. It has been mentioned that the film will be released simultaneously in Tamil and Telugu in theaters.

With the release of this film on the day of Ramadan, the collection of this film is expected to increase more than expected. Directed by Anantha Krishnan, the film stars Aathmika opposite Vijay Antony. Nivas K Prasanna composed the music for the film, and Vijay Antony edited this movie.