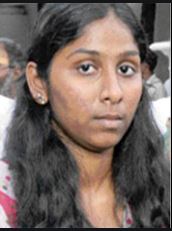 Vidya Rani, a lawyer by profession, has been an active social worker. She runs a tuition centre in Krishnagiri since 2018 to support students get better access to education.