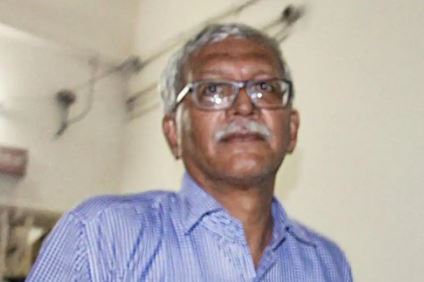 Vernon Gonsalves is trade unionist, activist, an academic (former professor of business management in a college in Mumbai) and a writer, who writes extensively on Dalit and adivasi rights, the conditions of prisons in India and the routine violation of rights of prisoners.

On 19 August 2007, the Maharashtra Anti-Terror Squad arrested Gonsalves from his residence in Mumbaii. They alleged that he was a “top-level” Naxalite, who possessed explosives, that he was an ex-central committee member and former secretary of Maharashtra State Rajya Committee of the Maoists. He was charged in 20 cases under the UAPA. On June 27, 2013, Gonsalves was released from prison. He was acquitted in 17 cases against him, discharged in one, with one underway trial, and convicted in one case for which he had already spent time in jail.