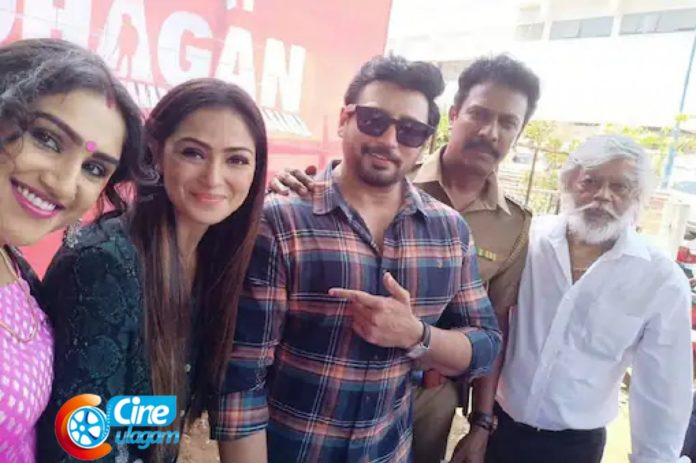 Actress Vanitha Vijayakumar has mentioned on her Twitter that she is acting with Samuthrakani in her next movie, and it has caused a great stir on social media. It is known that Vanitha Vijayakumar is playing a major character in the film ‘Andhagan’ starring Prasanth and Simran, and she recently participated in the shooting of the film.

In this situation, Vanitha has mentioned on her Twitter page that she is acting as a pair for Samuthrakani, who joined this movie team recently. Following this, it has been confirmed that Vanitha will be paired with Samuthirakani in the film. It is also worth mentioning that Samuthirakani plays a police officer in this film.

It is learned that the remake of the Bollywood film ‘Andhadhun’ will star Prashanth, Simran, Priya Anand, Karthik, and many others and will be produced and directed by Thiagarajan.