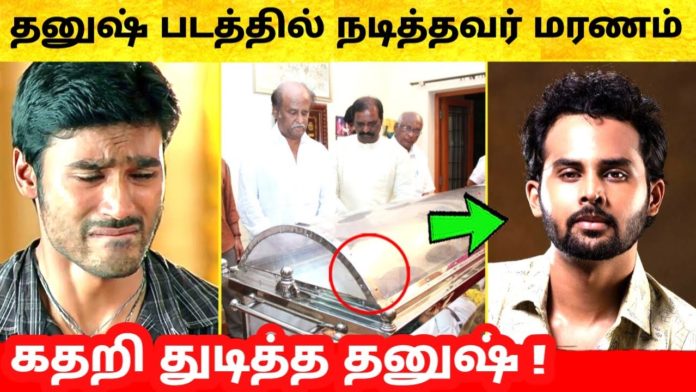 Many iconic actress-actresses have yet to recover from the shock of the recent suicide of iconic actress Chitra. The news that another iconic actor is currently committing suicide in this situation has caused a great stir.

The YouTube serial ‘Vallamai Tharayo’ produced by Vikatan Televistas is airing on YouTube. Srivastava Chandrasekhar, who played the character of Lokesh in the serial, suddenly committed suicide as the serial was currently receiving huge response from the fans.

As he left the house last Wednesday, his family reportedly tried to contact him, and his phone was switched off. It seems he did not return home that night, thinking he would have switched off if he had been on the set;

The next day, he was found committing suicide in another house owned by his family while searching for him. This has shocked his family.

It is worth mentioning that Srivastava has acted not only in TV serials but also in a few films and especially as Dhanush’s friend in Dhanush’s film ‘Flowing Bullet Towards Me.’ Srivastava is also said to have been suffering from mental illness for the past few days. An investigation is underway into the cause of Srivastava’s sudden suicide.