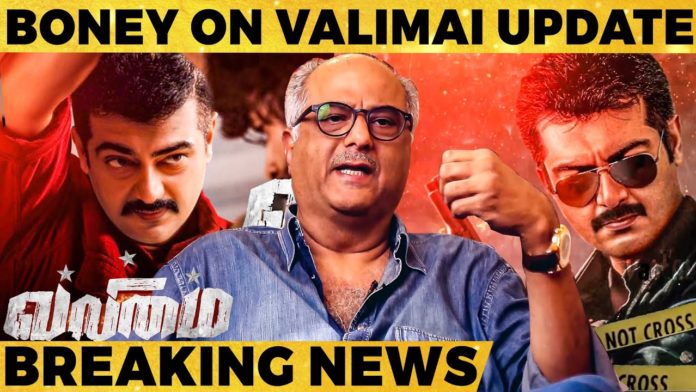 It is noteworthy that no update of ‘Valimai’ has been released for the last year as the shooting of ‘Valimai’ starring Thala Ajith is almost over.

Ajith fans have asked Boney Kapoor and H Vinod about the ‘Valimai’ update on social media, but no update has been released yet.

In an interview with Forbes, the world’s leading media outlet, Boney Kapoor gave important information about the film ‘Valimai.’ He said that the domestic shooting of Ajith’s ‘Valimai’ is due to end on February 15, and only one stunt scenes have to be shot abroad.

He also said that the film’s post-production work would start very soon, and the release date of the film will be confirmed very soon. Ajith’s fans have been trending the news on social media following Boney Kapoor’s statement on the ‘Valimai’ update that filming will end locally on the 15th of February. Only filming abroad will be left after that.