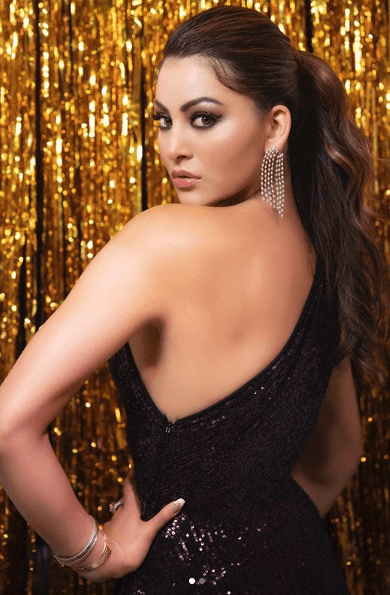 Urvashi Rautela is in the news for her videos and glamorous pictures more than films.Urvashi is so popular on social media that she posts something on her social account and her pictures or videos become viral instantly. Recently, Urvashi shared her dazzling dance video on Instagram. Urvashi Rautela has shared a video of herself doing some  amazing steps. In the video, Urvashi is in her dance studio practising for some event. Both of them are seen doing a great dance with full energy that suddenly Urvashi gets off her T-shirt. The video stops as soon as the top is removed.

More than 3 lakh likes have been received till the news spread across about this hot video of Urvashi Rautela. Her fans are praising the best dance of the actress. Let me tell you that even before this, Urvashi shared a video in which she was seen doing tough steps with two other dancers. In this viral hot video, she is seen dancing to the song ‘Bijli Tara’ with both of her dancers. He has shared many videos on this song. During the last week, she has been continuously sharing more than one dance video with fans.

#BTS Tag ur 5 buddies ??? “Consciousness expresses itself through creation. This world we live in is the dance of the creator. Dancers come and go in the twinkling of an eye but the dance lives on. On many an occasion when I am dancing, I have felt touched by something sacred. In those moments, I felt my spirit soar and become one with everything that exists.” . . . . . . . . #love #UrvashiRautela #dance

Urvashi’s upcoming film is Pagalpanti which is scheduled to release on the 22nd of November 2019. Urvashi’s co casts include Pulkit Samrat, John Abraham, Ileana D’Cruz, Anil Kapoor, Kriti Kharbanda, Arshad Warsi in the film. The story of the film has been written by Taran Adarsh, directed by Anees Bazmee. The film is produced by Bhushan Kumar and Krishna Kumar, with music by Yo-Yo Honey Singh and Meat Brothers.