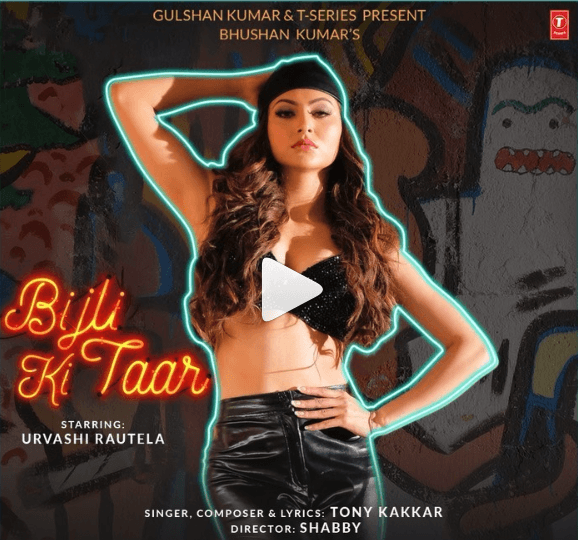 A promo of Bollywood’s very hot actress Urvashi Rautela’s new album Song Bijli Ki Taar has been released. Neha Kakkar’s brother Tony Kakkar’s new song is going to be seen in the electric wire, Urvashi has informed the fans about her new song by sharing a post on Instagram. Even before this, Urvashi released the first motion poster in which her hot avatar is seen. This song of Urvashi will be released on 16th September, in which for the first time Urvashi Rautela is going to be seen with Tony Kakkar.


Tony Kakkar frequently releases his new album Songs. The last time his song came he was seen with Neha Sharma. The song was well received on social media. After which now Bollywood’s Urvashi is going to be seen. Fans are also eagerly waiting for this new album of Urvashi.

Back with another track, get ready to set the stage on fire with #BijliKiTaar, releasing on 16th September. 4 days to go⚡️⚡️⚡️ @tseries.official @tonykakkar @bhushankumar @shabbysingh