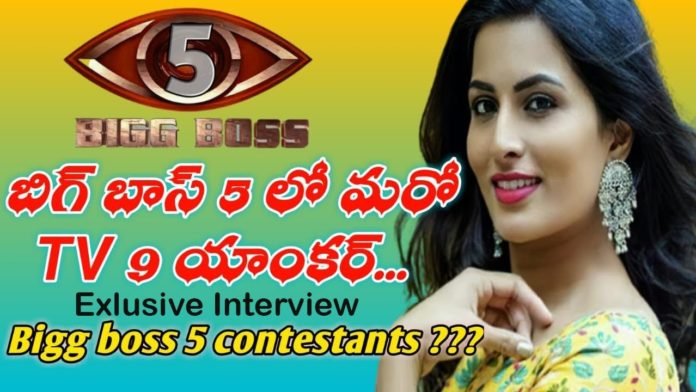 Bigg Boss Season 5 is just like that, but .. there is no clarity as to when the real star will start Season 5 in Star Maa. Until yesterday, it was expected that Bigg Boss 5 would start in July 2021. But, today, for some reason, it is reported that it has been postponed to September. There is a lot of news circulating on social media about the celebrities who will be stepping into the show.

The name of an anchor from TV9 and Dhee Varshini, Jabardast Varsha, and Anchor Ravi has been loudly heard since Bigg Boss Season 5 was planned. Some heroines who did not have offers in movies are being approached to participate in season 5. But there are inhibitions due to COVID 19 safety issues.

That’s why the Star Maa brought out comedy show Varshini as an anchor and locked her before. She is the highlight of Bigg Boss Season 5. The names Jabardast Varsha, YouTube Shiva, Sravanti, and Shanmukh Jaswanth, are among BB 5. It remains to be seen which of those 15 will make it to the final list of contestants for the upcoming season.