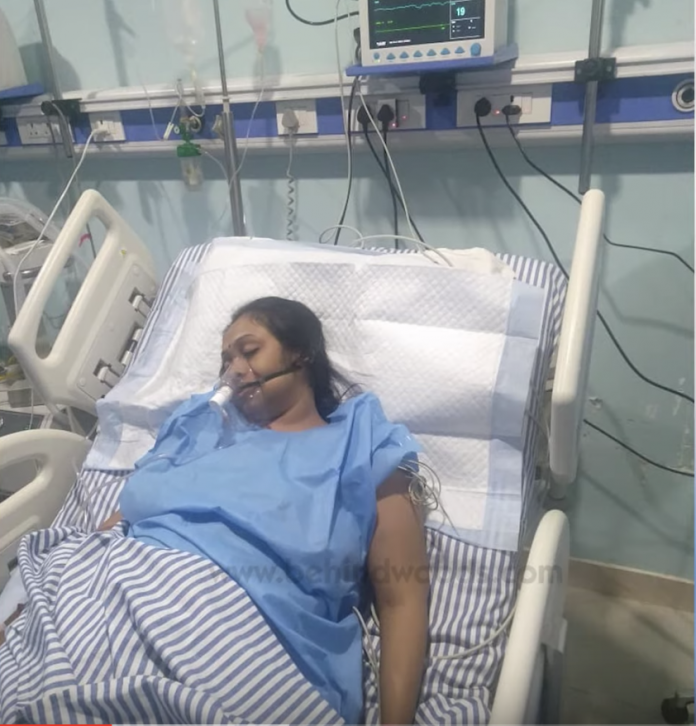 Tv actress Jayashree is in the midst of controversy for the past few months owing to her family problems with her husband Ishwar. Jayashree was alleging Ishwar of having affair with another Tv actress and his co-star Mahalakshmi and because of this issue Ishwar was arrested in late November. There were series of interviews from Jayashree and Ishwar explaining their side of story and the media was covering all the events and many people were leaning towards Jayashree as they believed that she had truth in her story.

Today a shocking news has come that Jayashree has attempted suicide after leaving a audio clip to her close friend Reshma. Reshma is one of the Bigg Boss contestants of season 3 and she is known for her role Puspha in one of the Tamil movies. In her audio clip Jayashree thanked Reshma for all her help and she doesn’t want to live in this world anymore and hence committing suicide. She event told Reshma to take care of her daughter whenever possible and thanked her for being the bigger sister. Jayashree also thanked Reshma for intervening in this issue and trying hard to find an amicable solution to her problems. Jayashree is at present in hospital in ICU in a critical position.