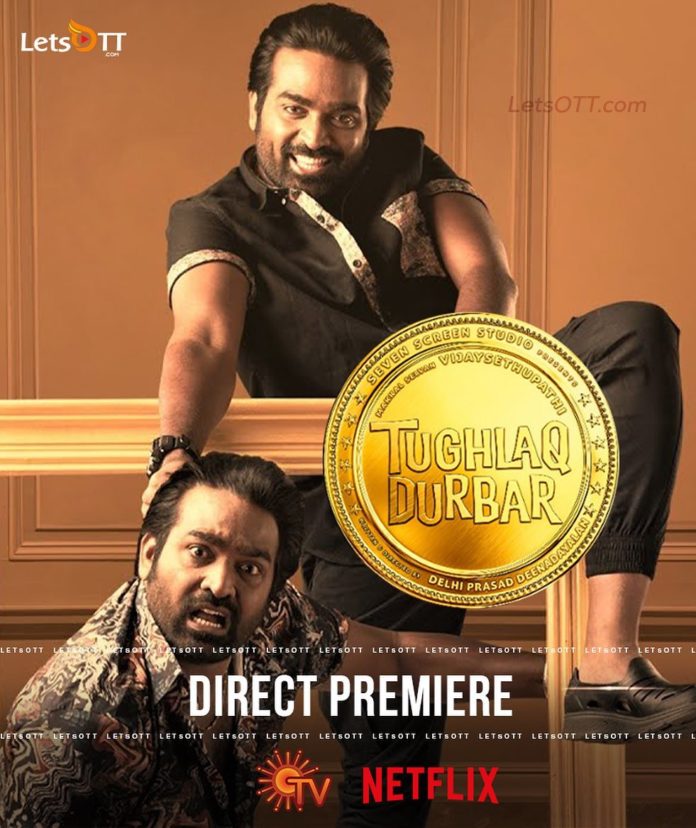 Hotstar has bought the OTT release rights of a movie starring popular actor Vijay Sethupathi, and now it has been reported that the movie has gone to Sun TV. It is also rumored that the film will be aired on Sun TV on the upcoming Vinayagar Chathurthi.

Tughlaq Durbar is a movie directed by Delhi Prasad Deenadayalan and starring Makkal Selvan Vijay Sethupathi. It is worth noting that the film is ready for release just a few months before the shooting and post-production work is completed. It was reported that Hotstar had acquired the satellite rights to the film and that the film would be released in theaters soon. But it was decided to release the movie on OTT as there is no condition to release the movie in theaters.

In this case, it is said that Sun TV has acquired the OTT and satellite rights of the film, so the film has now switched from Hotstar to Sun TV, and the film will air on Sun TV in the upcoming Vinayagar Chaturthi Day, which is on 10th September 2021.