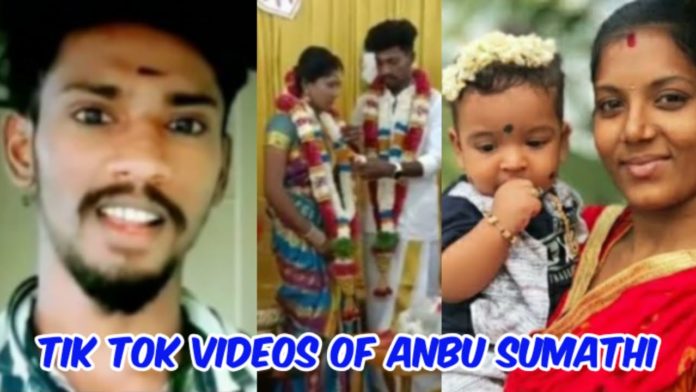 Sumathi Udaya, popularly known as TikTok Sumathu, has announced that she is parting ways with her second husband, Anbu.

Ordinary people became famous by showing off their talents through the TikTok video platform. You can make a huge list of TikTok celebrities in Tamil Nadu. One of them is the romantic couple Udaya and Sumathi. The two had a legion of fans alone and got many Likes for the TikTok videos that the two make together.

Their marriage took place, and the child was born as Udaya had full consent in the house for their love. TikTok was banned at the time, and the two continued to post videos on Instagram and YouTube. In this situation, Udhaya was involved in an accident earlier this year. He was seriously injured and was admitted to the ICU of the hospital. However, he died without responding to treatments.

Subsequently, her mother-in-law remarried Sumathi last June. Sumathi was married for the second time to Udhaya’s aunty’s son Anbu. Some people trolled this on social media.

Sumathi and Anbu have posted a video on Instagram saying that they have decided to consider their future. Sumathi’s mother-in-law is also in it. Speaking at the time, Sumathi said, “Everyone knows that Anbu and I are married. We both got married just for the sake of my family situation.

However, I could not see the Anbu being put in Udhaya’s place till now. I could not accept the claim that I would forget Udaya. I am sure Udaya will definitely not be forgotten. I also have to look at the life of Anbu that is attached to my life. I urge no one to be misinformed about this. I need your support. Anbu was rightly looking after all the responsibilities of our family. However, since I could not see anyone else in Udhaya’s place, we have mentally decided that we can split up. Anbu also has a future, and I don’t want to ruin his life even though Anbu is ready to wait for me.

After this, there is that separate life for Anbu. He must live it. No one should troll wrong or negative about this. Do not spoil his future life. I will also raise Udhaya’s son well and live. I urge you not to troll as much as possible. ” In addition, Sumathi and Anbu have expressed their views on this decision.