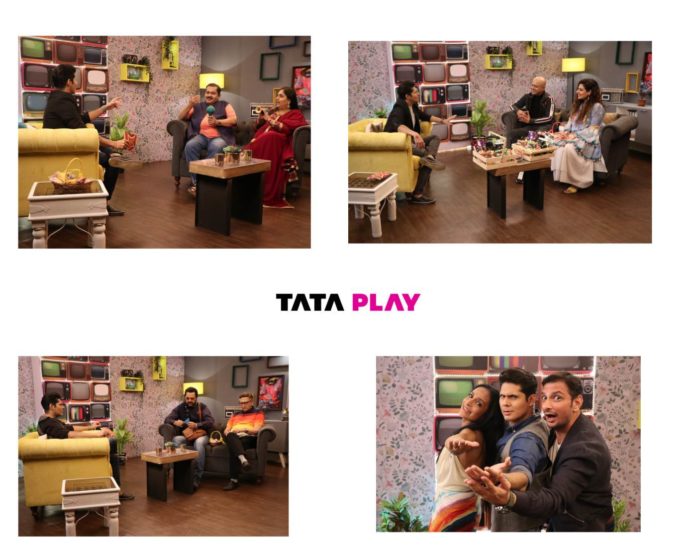 Television has given us countless stories that have kept us entertained no matter what mood we were in. Reminiscing those memories and taking viewers on the nostalgic ride, Tata Play Classic TV launched an exclusive chat show, ‘Roobaroo with Stars’, that engages with the evergreen artists and brings back the magic of yesteryears.

In previous episodes, ardent Tata Play Classic TV fans have seen Suchitra speak about her character Alaknanda from Hip Hip Hurray and how she could relate to her strong-headed personality while confessing she as Suchitra could have never taken those bold decisions back in the 90s. While Anang Desai opened by saying he always wanted to be an actor irrespective of his non-actor background or family. He admitted that he got his first break in TV through ‘Raaj Se Swaraj’ during his NSD days, and later, he started working with Shyam Benegal, the creator and writer of the ‘Bharat Ek Khoj’.

This week, in the Saturday episode, Tiku Talsania shares about his life-changing moment when he was part of the theatre, and then Kundan Shah, the show’s writer, offered him a minimal character in Ye Jo Zindagi, which he couldn’t say no to. Adding a different color to the episode, Vandana Pathak revealed how Imtiaz Patel initially chose her for Kajal in Hum Paanch. However, Ekta Kapoor felt she would fit for the part of Meenakshi, to which she gladly agreed as she didn’t want to lose the chance to be part of the super cast. While on Sunday episode, the fans of Tata Play Classic TV get to see Naved Jaffrey opens up about his father, legendary actor Jagdeep Jaffrey, who though a comedian on the big screen yet a serious, highly intellectual, and philosophical in real life. Topping with her flavors,Tannaz Irani adds that she was into theatre, and while acting in a play titled ‘Bottoms Up’, Vivek Vaswani, the actor, director, and producer, saw her and felt she was perfect for Jennifer Jones character in Zabaan Sambhalke.

Do not miss to watch the fantastic episode of Tiku Talsania, Vandana Pathak Naved Jaffrey, and Tannaz Iraniin Roobaroo with Stars on Tata Play Classic TV channel #152, Saturday and Sunday, 26th and 27th February at 4:30 PM