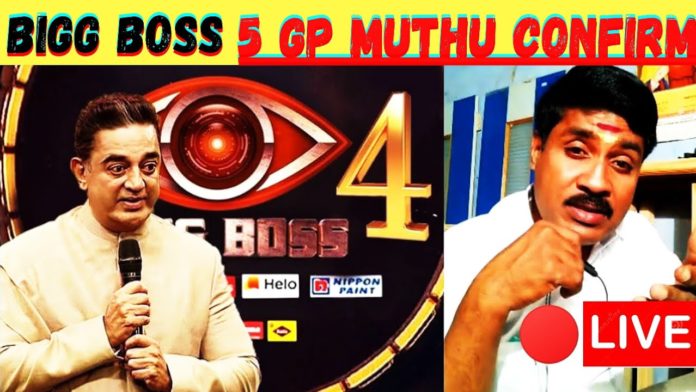 Bigg Boss 5 is expected to start airing on Vijay TV in early October. The first promo video of the show, hosted by Kamal Haasan as usual, has gone viral. The news of who will be competing in Bigg Boss 5 Tamil has continued to be a hot debate on social media. Some celebrities are denying such news. Master Mahendran had recently stated that he would not participate in the Bigg Boss.

Also on the proposed list came the name of TikTok celebrity GP Muthu. It has been reported that he will not come to the Bigg Boss. Some fans who were expecting him are thus disappointed.

The promo video has been released as a preview for the upcoming fifth season of Big Boss. With only the logo currently out, the announcement of what the next Bigg Boss house will look like could come. Stay tuned for more Bigg Boss updates on TheNewsCrunch.